And I thought I was being offered a trip to Trinidad 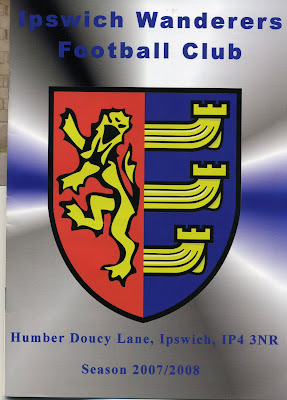 And I thought I was being offered a trip to Trinidad, but no- a Councilor does not get all the free perks you may think we do! But you do get invited to a varied number of functions and so it was this Saturday. The morning was spent out delivering (that is one constant that has not changed- Councilor or campaigner- still need to deliver) then the big invite, a chance to see a National FA side from one of the West Indian Islands- no it was not a free trip to Trinidad to see England play but a trip far closer to home. Ipswich Wanderers were entertaining the 127th best national side in the world- Antigua and Barbuda! Ex Ipswich player, Bryan Hamiliton is the technical Director to this cricket mad Island and has appointed ex Town Coach Willie Donnachie to assist the side in preparations for a World Cup qualifier against the mighty Cuba. Best preparation for this? A week in Suffolk training at Ipswich Town with two games thrown in, one at Lowestoft and then the "big match" v Wanderers.
The reason for the invite, the match was being sponsored bu Team Ipswich, the Council department that is not only about increasing sport played in Ipswich but also aiming to bring Olympic Teams here to train in the build up and during the 2012 Olympics, being held 60 miles up the road at Stratford.
Though we had a free invite, myself and tow fellow Labour Councillors paid as for one, I would have gone to the game anyway and secondly, I know how short of funds many non league football teams are.
The game was played in front of a good crowd who were entertained by a steel band and the attendance of a number of ex Ipswich players- Hunter, Beattie, Woods and Bramble. Wanderers started the strongest on what was a very poor pitch but the West Indians fitness came to the fore in the second half and Antigua ended up winning 2-0.
Hopefully this will be the first of many visits by national teams of various sports in the build up to 2012. Still we might get an invite to the return fixture!
Posted by Alasdair Ross at 12:16