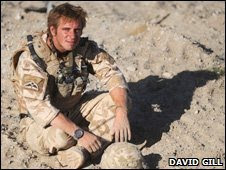 I was fortunate to meet many brave men and women during my six months in Afghanistan, but there is little doubt that Olaf Schmid was one of the bravest.
The teams who defuse the Improvised Explosive Devices that are planted by the Taliban have one of the most difficult jobs undertaken by HM Forces and not only was Olaf brave but he was also superb leader of his team.

Christina Schmid who in her own words called herself a "proud widow" also had these words:

"We might disagree with a war. However, I hope Olaf's death, my public storytelling and appreciation, our community display of respect here today can serve to bridge that gap and unite us once more with our troops."

Mrs Schmid said she hoped the work troops were doing in Afghanistan did not go "unnoticed" by "our leaders".

It is important that we don not forget the likes of Olaf or any of our troops serving in Afghanistan, but it is also the duty of this Government and the Army to get the message over to the British Public, why we are in Afghanistan, why it is such an important role and also the tell the public of the successes of the British and coalition troops. 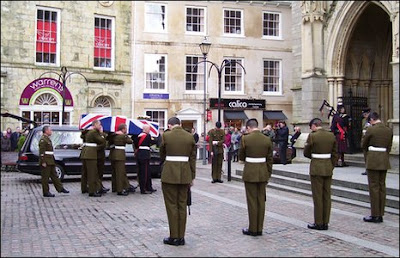