Herbert George Clarke
Phil Smart the Labour Councillor for Bridge in Ipswich recently explained to me the story behind the HG Clarke Gardens on Wherstead Road, Ipswich.
When a number of new roads were being built in that area, it was decided to give them an engineering theme, and Peppercorn Way is named after the designer of the A1 Steam Locomotive, at the time of the naming of these streets, Herbert George Clarke's son made himself known and he retold the story of his fathers heroics.
In 1944, a munitions train was traveling though Soham and caught fire,, the station was destroyed and if not for the bravery of four rail men the town itself would have been blown to pieces.More about there brave actions can be found here.
The bravery of the driver, Benjamin Gimbert and the Fireman James Nightall was rewarded with the award of the George Cross to both men. the Signalman who died on that night,Frank Bridges and the Guard - George Clarke did not receive any public recognition. 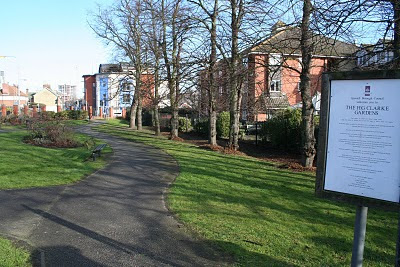 That is until 1996, when a public garden was named after him at Peppercorn Way.
But I think the naming of the 'Bacon loop' after him and with further improvements to be made to the track towards Soham, maybe part of that to be named after Frank Bridges would be a much more fitting tribute. Herbert George Clarke a true Ipswich hero. 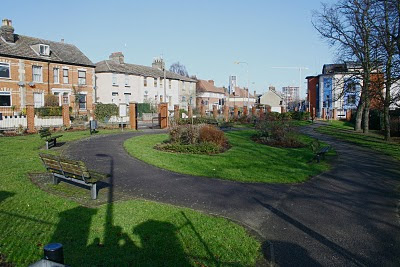 Dissertation Writing service said...
This comment has been removed by a blog administrator.
16 July 2010 at 12:04