First of all I must start by congratulating Mr Gummer our MP for managing to get Chantry on the list of schools to be either re-built or refurbished. A number of the local Tory blogs have been critical of the Ipswich Labour/my response to the good news. It is good news and we join the staff, pupils and parents in welcoming the news even if it is two years late.

But we would be failing as local politicians if we did not highlight some of the many problems we are facing because of the way Gove and the Tory run Suffolk County Council manage education in Ipswich.

Chantry is good news but we have a number of questions that need answering:

The Ipswich Academy/Holywells new school building has seen their budget cut and is now reliant on Ipswich Borough Council assisting to get the project up and running.

Will Stoke High be refurbished? It has not made the new Tory list. Nor has Westbourne, a Tory blogger pointed out to me that Westbourne is not an issue for Mr Gummer because the school is not in his Ipswich constituency. Not sure the residents of Westgate ward (in his constituency) whose children go to Westbourne will have the same view. 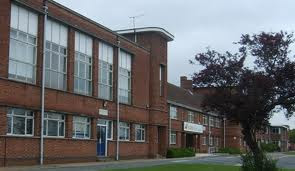 
1. When will Chantry start to be re-built? It is not on the priority list of 42 schools.

2. What will the budget be? Will it face the same problems that Holywells/Ipswich Academy is currently facing?

3. Will it be a PFI project? Much criticised by the Tories but still being used.

4. It is believed that the schools that are in the list will be built in ‘regional bunches’ – does that mean local builders will miss out on work opportunities and does that mean the County Council and the school will have little say in the build and we will be left with the IKEA type flat pack builds that seem to be currently favoured?

I have little faith in how the County runs education in Suffolk, the way that Tory Cllr Spicer voted to get rid of Middle Schools (a decision that I agree with) but she is now promoting the setting of Free ‘Middle’ Schools. It is even worse in the East of the county, where we have the Tory MP for Suffolk Coastal praising Gove for setting up Free schools whilst the Tory MP for Waveney (and the Tory County Council leader) stating there is no need for a Free school in the Beccles area.

We even have the County putting undue pressure on parents to send their children to Free schools by only paying the transport costs to the nearest school – so much for choice!

But what has that to do with Ipswich? We currently have not heard of any Free School being set up in our town but the point is the County are spending money and Officer time on consultations, handing over middle schools, promoting Free Schools – all from the budget to provide education to all Suffolk children – so we have money that should be spent on Ipswich pupils being used to promote Tory ideological education policies.

Tory bloggers have criticised me for not congratulating Mr Gummer (I have) but they seem to forget the new Suffolk One – 6th Form Centre, that caters for all pupils in the west of the town (plus the building of UCS and Suffolk New College) – all built with funds from a Labour Government.

The Tories and Gove in particular can’t be trusted with the education of our children; we have seen the hideous way they have helped the Seckford Charity set up Free Schools in the Beccles area even though there is no public demand for them.

Other Tory educations measures have seen:

• Cuts leading to 10,000 fewer teachers working in the profession in the last year.

• The dreadful misuse of the Academy programme - dreadful waste of money. Where school are spending considerable amounts in consultancy fees, legal fees and management time to effectively maintain the school as it was in every respect as to how it is managed.

• The complete dismantlement of the national strategies site - which had fantastic resources and work being done from it. No replacement for this means that schools are effectively not accountable for so many different aspects of their work.

The Labour Party must join with parents, pupils and concerned residents in highlighting what the Tories are doing to our education system – how long before we see the return of Grammar schools in Suffolk?

So well done Mr Gummer on getting Chantry on the list but that is one good thing your Government has done for our children whist most of the decisions Mr Gove has made are harming our children.