Over 100 years of fighting to represent the people of Ipswich

The European and local Ipswich elections are being held on May 22nd this year, a day later and one hundred years earlier the first socialist candidate stood in Ipswich in an election to represent the town at Westminster,

John Scurr only received 395 votes, as the Tory candidate John Ganzoni won. The Liberals came second with their candidate being Charles Masterman, the brains behind the National Insurance Act who had a place on the Cabinet waiting for him if he had won, he never and lost a number of elections afterwards gaining the tag of 'unluckiest man in British politics'. He was so highly regarded by the Liberals that Lloyd George himself came to campaign and speak in Ipswich the day before the election. 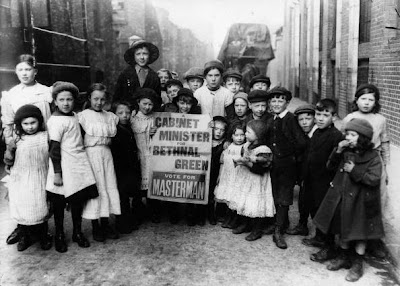 We certainly have come a long way since 1914, by 1918 the official candidate, Peter Jackson had pushed the Liberals into third and in 1923 he won the seat for Labour for the first time.

Peter had also been one of our first councillors in the town and when we won 5 seats just after the First World War the Tories and Liberals panicked and started to stand joint candidates (sounds like the last Tory/Lib Dem administration in the town) but the Tories still only managed to maintain control by the use of the Alderman system.

One hundred years on and times have changed as we have had a number of Labour MP's and we have bean the largest political group in Ipswich for a number of years and we even more recently has a period running Suffolk!

But we still keep fighting, campaigning hard and if we work hard, 101 years after John Scurr stood in Ipswich we will be sending David Ellesmere to Westminster to represent the people of Ipswich.

But as in 1919, the Tories will turn to anyone to stop Labour winning, in 1919 they jumped into bed with the Liberals but today in 2014 we have two Ipswich Tory activists and former Conservative candidates urging voters to vote for UKIP just to stop Labour winning in certain wards. This practice was supposedly against Tory rules as laid down by David Cameron but do not expect any sort of action to be taken by a very weak Ipswich Tory leadership