Pass the baton and lazy journalism?

Last Monday, Suffolk and Ipswich were fortunate to be one of the few English locations chosen to host the Commonwealth Games Queens Baton Relay.

I myself was even more fortunate as I was invited to attend the ‘Quads’ Athletics event at Northgate School, the event would see local primary schools compete against each other and then have their chance to complete a lap of the track with the Commonwealth Games baton. 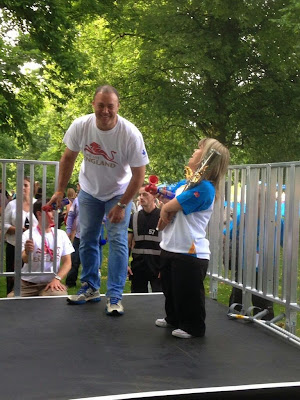 The young athletes also had the opportunity to meet some of Olympic and Paralympics stars from 2012 – with gymnast Beth Tweddle the most well known of those present. She was a great ambassador and so obliging to all those who asked for autographs or to have their photo taken with her. Though it seemed to be the teachers who were the keenest have a ‘selfie’ taken with Beth! 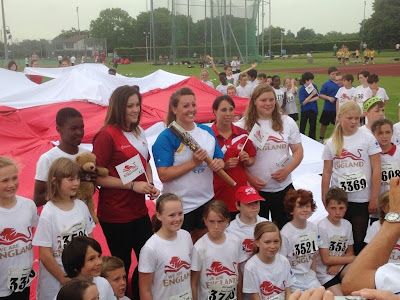 A quick dash across town took me to Christchurch Park, after picking up my wife and nephew as the baton made its way to the last event of the day as it was paraded through the park before a short charity run. The baton in the park was carried by our own Paralympics star, Zoe Newson and 80 year old (keep fit enthusiast) Ken Webb . 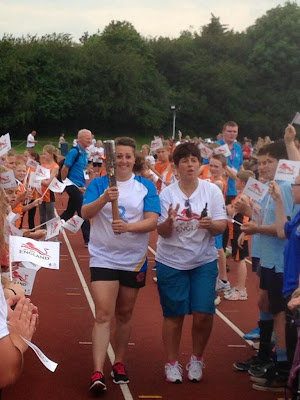 The event was maybe more low key than the Olympic Torch event in 2012 but all there seemed to be enjoying it and it has certainly given me a buzz as I look forward to attending the games in Glasgow in July, 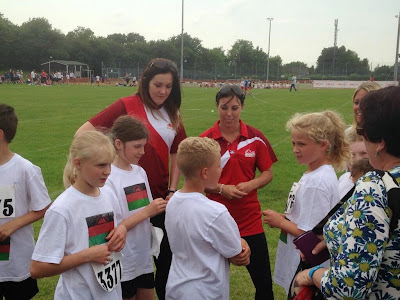 Our events and sports staff hosted the event on behalf of Suffolk County Council who was the organiser of all the events that were held in throughout the county on behalf of the Commonwealth Games.

It was good to see a number of Labour councillors attending the event with Sarah Adams even attempting the charity fun run – in sandals!

So it was surprising to read in ‘Ipswich Spy’ how disappointed he was that unlike the Olympic Torch event that no councillors had attended. Well I was there as were at least 5 other Labour members.

There were hundreds at the event so I can understand why their writer never saw us but you would think he may have checked first. In the past the ‘Spy’ writer has been both critical of my blog and my twitter feed, if he had checked both this time he would have seen that I had indicated that I was going to attend the event and my twitter feed included photographs from the event.

He implies that more councillors attended the torch event two years ago, not sure how many did but that was a ticket only event and other than the Mayor, no tickets were given to councillors – if they wished to attend they had to queue at the town hall like every other resident. This event was more low key however I would have still thought that the County Council would have made more effort to promote the baton events. We did try and help, I did a radio interview with BBC Suffolk and there was also publicity in the local paper that was arranged by the Borough. I did ask one of our Labour County councillors if she had been informed about the event and she had not and it seemed the same had happened in Lowestoft where no Labour County councillors had been informed about the event there but Tory Leader Mark Bee had made sure he had been seen and photographed on the beach.

Did the County play a political game and not invite Labour councillors or are they so disorganised and just forget to invite anyone?

Not sure either way but both explanations could be true with this joke of a County Council.