Last week I mentioned that the meetings I was planning to attend during the week have been poorly supported by the Lib Dems and the Tories in the past. Well, the pattern of non-attendance continued.

The first meeting on Monday was the Culture and Leisure working group – an important meeting as we were discussing the budget but the Lib Dem member failed to turn up or send their apologies but I am sure that will not stop the Lib Dems commenting on the budget in the New Year. At least the Tories did turn up if at times it was embarrassing for them when discussing having to cut spending on items that should in truth be funded by the Tory run County Council.

By Thursday the non - attendance bug had spread as we had our final Housing Panel meetings of the year, the East Panel saw both the Tories and the Lib Dems fail to turn up or tend their apologies and the South West Panel was also devoid of opposition councillors. At least the Tories from the North West did turn up for the panel meeting but it was disappointing that not one opposition councillor was in attendance later in the evening for the 2014 Tenant Awards.

Interesting to see if the Lib Dems turn up for Scrutiny this week! 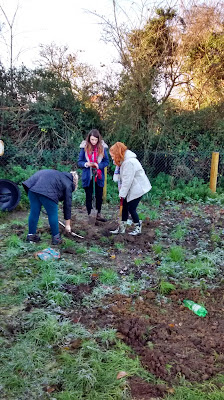 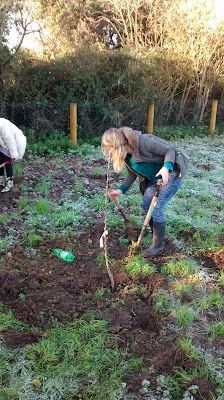 On a more positive note, it was good to join 6th Formers from Northgate School on Saturday as they planted fruit trees on a piece of land near Sidegate Lane. The pupils with help and funding from the Borough Council and the Area Committee have turned a piece of waste land into a small community garden.