'Hard pounding' - how Labour will win in Ipswich 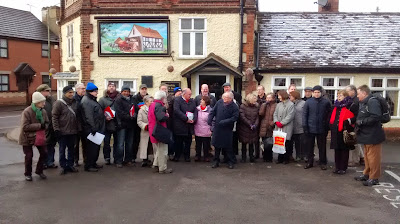 ‘Hard pounding’ is how my Commanding Officer in Afghanistan described our tour in 2009. A tour that was dangerous but it did not stop us ‘pounding’ the streets of Sangin. We may have had air power, drones, latest technology but he knew the only way to achieve victory was to ‘pound’ the streets, in doing so meeting and talking to the local Pashtu.

Some may not like to compare electioneering with war, but both campaigns are similar. We know the Tories will win the air war, they have the money, the ‘war chest’ and more friends in the media but what we have is dedicated members and friends who know that this country should not be made to face a further 5 years of Tory/Lib Dem rule.

It is common knowledge that the Tories have already purchased numerous billboard sites as they prepare to try and make the election campaign one about personalities rather than policy. So today I welcome the announcement that Labour will not be producing negative posters with Cameron on. It is not to say that we will not point out the Tory failings – both in leaflets and via social media. 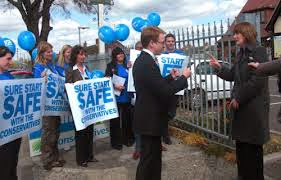 Here in Ipswich, I am sure we will see the Gummer/Sure Start picture hundreds of times as we highlight his failed promises about keeping Children’s Centres open. Even if by reading his latest paper column he seems to be living in some fantasy world of self-denial as he seems to still imply that none have shut!

But nationally Labour are right not to feature Cameron in their campaign posters, the Tory poster last week of Ed and the SNP seemed to back fire on the Tories, but rather than withdraw the poster they just added Gerry Adams to it!

The Tories were attempting to promote the idea that Sinn Fein and Labour are ready to work together in a coalition. But what I would say is that I wish Sinn Fein did take their seats in London as I believe it would help cement the peace process in the long term. 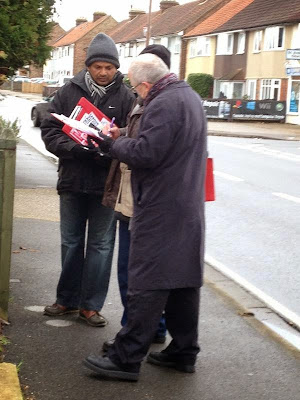 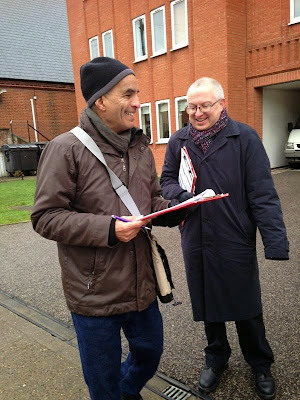 So how Labour will win not only in Ipswich but in the country is by talking to more voters than all the other political groups, Ed has asked us to have 4 million conversations in the next 4 months and we will only do that by ‘hard pounding’ – so what a great day we had yesterday, making hundreds of contacts as we had over 40 of us out in East Ipswich knocking on doors, having those conversations and at the same time we had a street stall on the Corn Hill and our regular councillor surgery in South West Ipswich. So the Tories may win the ‘air war’, may have more negative posters, more money but it will be Labour who win the ‘ground war’.