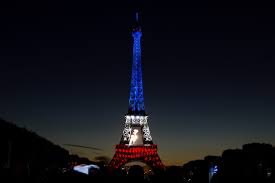 Friday 20 November, 8am – Launch of VETS – Employment service for Veterans at ITFC

This week we saw how twisted this world is at times, on Wednesday I accompanied Ipswich Primary School children as we remembered those who had fallen in conflict at the War Cemetery in Ipswich and on Friday many of those same children would have helped others in the UK raise millions for ‘Children in Need’ but on that evening as we were celebrating this great charity event, people with no concern for others carried out cowardly and murderous attacks on innocent (and mainly young) people in Paris.

The murders of so many has united most of Europe, in fact the world in solidarity with the French people, just disappointing but not unexpected that some would use these callous murders as reason to insist that we do not do our part in accepting refugees from Syria.

Those innocent Syrians are fleeing from the same mad, nasty, viscous people who committed those heinous crimes in Paris. This is the time to stay united and help those in need not become even more selfish and turn our back on those in such urgent need of the help we can give.
Posted by Alasdair Ross at 11:49