End to Tory lies in Rushmere?

Over the last few years, Ipswich Tories have attempted to tell the electorate in Rushmere Ward, Ipswich that the Labour run council evicted the local sports club from the Ransomes site in order to build (Council) houses. 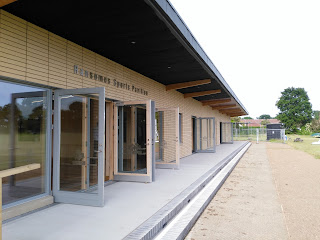 Last Friday I was privileged to be shown round the new sports pavilion at  Ransomes - a very impressive building with changing rooms built to a higher standard than many other facilities at Football League clubs.

That is not the end of the work - we will soon see a new car park and the return of the renovated Ransomes Memorial gates. We also hope to see the bowls green back in use (the bowls club were evicted before the council took over the running of the club) 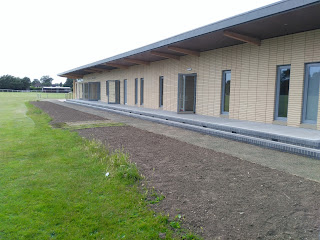 Over the next few weeks we will see St Margaret's Cricket club using the new pavilion and then (newly promoted) Ransomes FC will start to share the facilities.

So maybe an end to the Tory lies but do not expect an apology from them for misleading local residents.
Posted by Alasdair Ross at 19:29