Walking home for Christmas - with a fridge!

Next Wednesday I will be walking back to Ipswich from Felixstowe 16 miles may not seem much of a challenge. Last year for the military veterans charity, 'Walking with the Wounded' I walked part of the 'Essex Way' at night, on my own - no roads (over 60 miles).

It nearly killed me! I fell in a bog up to my waist after an hour and when I finished 20 hours later, I was shattered. So a shorter distance this time seemed a better option but a challenge was still needed - so I am carrying a fridge on my back!! 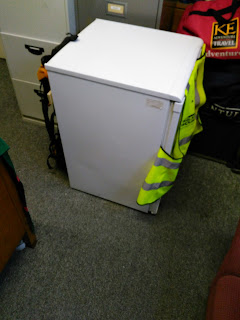 Now this is not that original as it has become a bit of charity fund raising ritual in the Royal Green Jackets, I remember Steve Wilson walking from London to  Cambridge in 1981 (I think the year is right) and then Joey Byrne walked from Southampton to Winchester and only this year Garry Collins did the Birmingham half marathon with a fridge in his back - so it is not original. 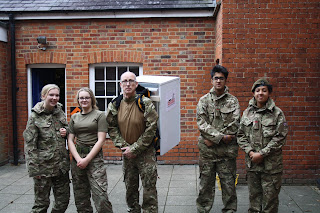 But I still hope to raise £500 ( now aiming for £1,000 after reaching first target) for this worthwhile charity - 'Walking with the Wounded' is doing a great job for veterans and it is also close to my heart as the charity not only has links with the Royal Green Jackets but as they are Norfolk based, a number of their projects involve working with veterans in Suffolk.


If you can sponsor me that would be appreciated


More on this worthwhile charity here- Walking with the Wounded
Posted by Alasdair Ross at 10:48