What has happened to our great Party, how have we let it become a home to anti-Semitism 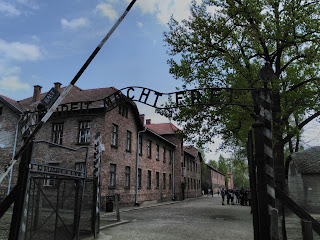 Even some on the left, such as Owen Jones are now admitting that our party, the Labour Party has an anti-Semitism problem and as Owen sates maybe a bigger problem is that many on the left will accuse those of standing up to the anti-Semites as 'exaggerating' the problem, 'making it up' or it is being weaponised as a tool to defeat Corbyn. 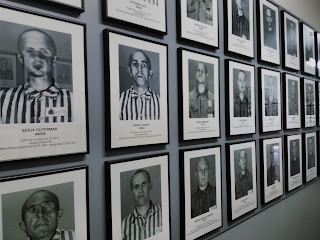 2 weeks before the election, I accompanied over 200 young people from the East of England on a one day trip to Poland, to visit Auschwitz. 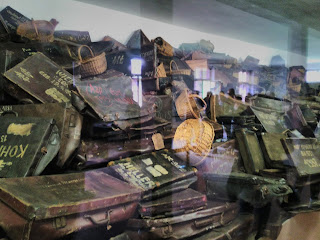 The visit is moving, emotional, thought provoking - but it also made me very angry - anger at that our party has become a safe haven for holocaust deniers and Jew haters. It was sad that I could not even write this post till after the local election as I would have been accused by some in my own party of harming our election chances, of making a slur against the peace loving, friendly uncle Jeremy Corbyn. 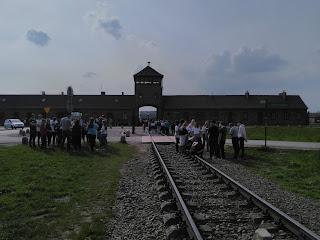 In Poland, it was also interesting to visit the town of Oswiecim, to learn how the non Jews of the town reacted when their neighbours and friends were rounded up by the  Germans in 1939, and also to see how the Poles are dealing with their party in the holocaust - and I would say, they are not dealing with it very well. Auschwitz is the name that we may remember but the camp of that name was the place that many Poles were murdered, priests, homosexuals, communists, freedom fighters as well as Jews. Our Polish guide made sure we learnt that but of course most of the Jews killed in that camp were also Polish, but it was shocking to see that Poles and Polish Jews were spoken about as two different sets of victims. 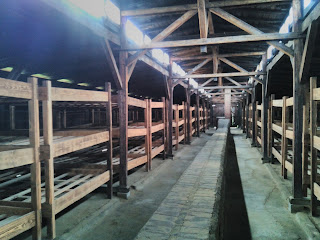 Many visiting Auschwitz, often with relatives who were murdered here are also not ahppy that the Polish Government charge for entry to the camp and that a tourist trade has grown up around the site. However the same could be said of the 'Killing Field's' in Cambodia or even the 9/11 site.

It was in the next village in the camp of Birkenau that the worst crimes against the Jewish population occurred, the murder of millions of innocent people, their only crime in being they were different to others. To visit with so many young people was moving but also gives one hope, and to be selfish, I hope some of those young people become members of our party as I am sure they will have little time for the likes of Livingstone or Walker. 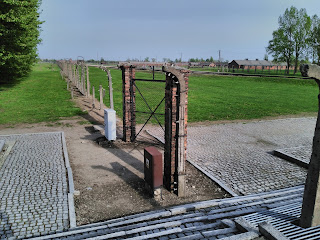 What has this to do with Corbyn, you may ask? Because it is under his leadership that we have become a home for some of those anti- Semites. I am no fan of the current Israeli Government, their treatment of the Palestine people can not be excused, but we seem to have a large number of members whose belief in the Palestine cause makes them unable to accept we have an anti-Semitism problem in the party. Corbyn has always been a supporter of the Palestine people and that is not a problem, however his willingness to listen to those in Hamas at times will always make some feel unhappy with his leadership and as with his other friends at 'Stop the War', support of Palestine and being anti-Israel is just another way of being anti-west, anti-America. 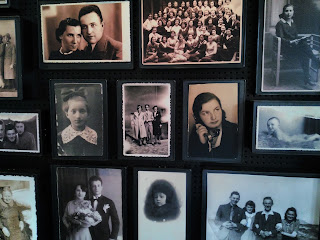 Corbyn is the one person who can put a stop to this problem, not for one second do I believe Jeremy is anti-Semitic , but it his silence that is damaging the party, Marc Wadsworth, in my opinion was rightfully thrown out of the party, but we have had no comment from our leader. It understandable that it will be hard for him as he ahs known Marc for may years. But just a short statement supporting the panel decision to expel him would have sent a clear message to both members and to the Jewish community but instead we have nothing from him and then we have one of his cronies, Chris Williamson promoting a campaign to raise funds so Wadsworth can sue his own party. 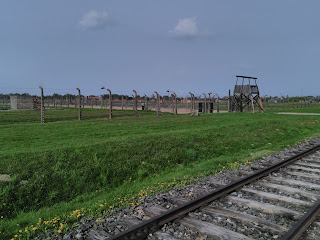 Corbyn could also be truthful in saying where the blame really lies with the delay in implementing the Chakrabarti report - instead of blaming the former General Secretary, admit the delay lies in his own office.

Our European MEPs organise and run trips to the European Parliament, might be an idea with a similar scheme from the party, subsidised trips to Auschwitz - each one accompanied by MPs, members of the Front Bench - a reminder (one that should not be needed) of what happens when you let people in your own party turn against others, just because they are different.

I am not a fan of Corbyn and do worry if he would be an effective Prime Minister, but I will still be out campaigning every weekend for a future Labour Government but I will also call him and his supporters out if they do nothing about the growing problem of anti-Semitism in our great party.

Abuse of moderate MPs, threats of de-selection, attacks on Jewish members, trolling by so called left win news sites - all could be stopped straight away if he spoke up - was forceful but by his silence it makes many think this about turning the party into a cult, becoming a middle class protest party not a party wishing to govern for all.

It would be easy to walk away but that is not what I an many others will do, we need to stay in this party and act as a voice of reason or we could be stuck with a Tory Government for ever.