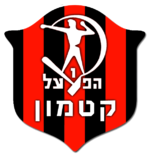 Many politicians with an interest in football will often go on about how football can build bridges- help bring peace- bring communities together and so on. I must admit to being one of those at times. It has been fantastic how the supporters movement in the UK has got it's act together and with the help of a Labour Government through Supporters Direct has began to get the fans voice heard. The success of AFC Wimbledon, FC United (formed by Man Utd supporters not happy with the selling of their club to the American Glazer family) and clubs like York City who who are run now by the supporters are just a few examples here in this country.

Internationally in recent years the image of England supporters has improved, we are no longer seen as a mob of right wing skinheads- this thanks to the work of the Football Supporters Federation and the "Fans Embassies". It is not all good as we still have an element who are just looking for trouble when going abroad.

But football and sport can also divide nations- George Orwell, was one who thought it pushed nations apart rather than built bridges, he was very scathing of football in an essay he wrote about the visit of the Soviet team Dynamo to the UK in 1946. More recently we have seen the "newer" nations like Serbia have a supporter following who just use the support of their national team as a means to push their nationalistic idea's- not only in football we have also seen it in tennis- often it is by migrants in those counties where Serbia are playing rather than those who have travelled from Serbia.

It is not all bad and the Iraq Football team winning the Asia Cup can be looked on as good news story even though a number of Iraqi's were killed whilst celebrating in Baghdad.

Where we have seen football used as a tool of peace and reconciliation is in Israel- after being inspired by AFC Wimbledon and the English supporters movement, a number of fans who were fed up with their club-Hapoel Jerusalem and how it was run tried to buy out the rich owners, they never succeeded so instead have taken over a forth tier Hapoel club and have renamed them Hapoel Katamon (Katamon was the name of Hapoel jerusalem's old ground).

The main club in Jerusalem is Beitar, and they are known as a right wing club, Hapoel means "The Worker" and originally all clubs with the title Hapoel in it were founded by the Labour Party or the trade unions. All are now in private hands. Hapoel will pick Arab-Israeli players as well as Jews and also will sign Muslims from outside Israel. They have recently run a coaching course for 100 children- 50 Israelis- half Arabs, half Jews and 50 Palestinian players. They were coached by coaches from European teams including Fulham.Hopefully Hapoel Katamon will be a football club who help bring communities together.

It is a shame then that a visit to the UK by an Under Palestine team was stopped as they thought a number of the Palestine players may decide to stay here. they did not stop the International Scout jamboree that was held in Chelmsford this Summer and a number of Scouts from all over the world are still here long after the campfire was put out.
Posted by Alasdair Ross at 20:29