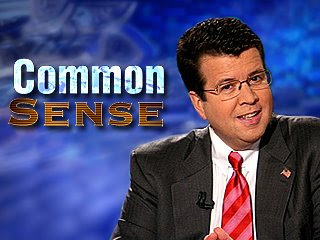 You would have thought that now he is the 'darling' of the US media and a 'You Tube' star, the Tory party would be pushing Daniel Hannan forward as a spokesman for the Tory Party, grass root Tories are even suggesting he may be a future leader or even PM.

Today has shown why those in Conservative Central Office were not so keen to see Hannan take central stage. On a US Chat show (not sure he is doing much for his constituents, whilst he is appearing on US TV) this week he has declared that the NHS is a failed Socialist experiment. Both my parents spent most of their working life working for the NHS, so I have notrhing but great pride when it comes to talk of the NHS and like most of my Labour colleagues I believe the NHS is the greatest social invention of the 20th century. We all know that the NHS needs to improve and that changes have to be made but no way can the last 60 years of the health service be seen as a failure. This is what Hannan said on US Fox TV:

"If you see a friend about to make a terrible mistake you try and warn him ... We have lived through this mistake for 60 years now. It began with the best of intentions. It began because people thought it was wrong for those who weren't well off and who couldn't afford the best healthcare to be treated differently. Everyone felt it is a nice togetherness solidarity thing if we all took part in this experiment. But the reality is that it hasn't worked. It has made people iller ... As long as you have a socialist system, no amount of extra spending is going to save it".

If you can stomach it, you can see the vile man talking on US TV here.

I am still waiting for Mr Cameron to tell Hannan he is wrong and to defend the NHS, it was only 3 months ago that Cameron stated that the Tories could become: "the Party of the NHS".

I actually believe that Cameron is an admirer and supporter of the NHS, trouble is most Tory MP's, MEP's and activists are more likely to agree with Hannan. Even in Ipswich, Tory councillor Gavin Maclure called one of Hannan's speeches -'Superb'.

Well the fame has got to him, not sure how going on a Right wing/republican supporting TV Channel and criticising the NHS is showing the British public that the Tories are 'the Party of the NHS'. I just believe that in his attacks on the health service, he is insulting all those who have devoted their lives or still are devoting their lives to the care of others through the NHS.

Funny thing he seems to forget to mention to his new friend - Far Right American, Sean Hannity that Daniel actually said he wanted Obama to win the US Presidential election.

The Tory Spring conference will be upon us soon, I wonder who will get the biggest cheer from the Tory faithful? Cameron telling them they are now 'the Party of the NHS' or Hannan telling them that the NHS is a failed socialist experiment.

John Prescott has become so enraged that he has even made a video critisising Hannan, watch John here, defending the NHS.
Posted by Alasdair Ross at 18:56