This week was full of various meetings, some political, some with residents and a number at Sidegate Primary School,

Last Wednesday we had the North East Area Committee, it started with a presentation on the launch of an 'Ageing Well' project. The scheme will be piloted in the North East of the town.

Once the meeting started , I was honoured to be elected chair of the committee for the next year and one of my key aims over the next 12 months is to increase resident participation and numbers at the meetings.

Last Wednesday we also received a presentation from a resident who wishes the committee to back his plan to improve the play facilities at Cherry Lane Recreation Ground. Both councillors and residents were impressed with the proposals by Mr Jenner and have asked Officers to produce a report on the way forward.

Other items covered at the meeting included pram ramps for Broke Hall, a set of goals for Dumbarton Park and then we had a productive debate on how we wish to promote the Area Committee. At times the debate got quite heated, with plenty of passion being shown by both residents and politicians. I also realised that I have plenty to learn on how to chair a committee.

But I left the meeting confident that the Area Committee will bring benefits to the residents of North East Ipswich. 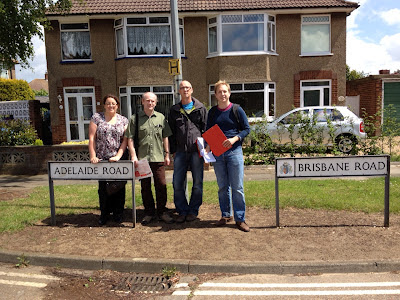 Bixley campaigning this Saturday, we will be back again next Saturday asking for residents views on a number of issues.