Saturday 7 July 2am - Depart for Borneo, taking a group of teenagers to SE Asia to work on a community project.


Last week I managed to experience Ip-art for the first time this year. Wednesday I was in Christchurch Park to watch the ‘Pantaloons’ preform ‘The Importance of being Earnest’. The backdrop of Christchurch Mansion made a it a superb venue and other than every church in Ipswich seemed to want to ring their bells on that evening it was a great evening of entertainment. Two years ago I visited Cambridge to watch one of their Shakespeare ‘open air’ plays – no doubt to me that this was far better. Make sure you go next year. 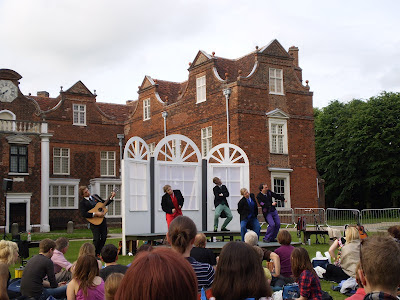 This show was just one small part of Ip-art, this week I am off to the Dr Who show with a group of school kids! Then Thursday is a day I never thought I would see – the Olympic Torch coming to Ipswich. I have tickets for a number of events and the torch arrival now makes me realise how close we are now to the whole event. 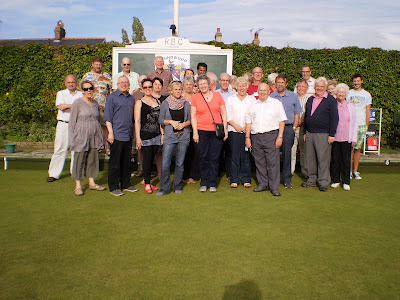 This week we continued with our Operation ‘No safe Tory Ward in Ipswich’ – with canvass sessions in Bixley and Holywells. It now seems the Tories are using the same slogan! Trouble for them is that we have never taken any seat in Ipswich for granted.
We continue to have large numbers of members and supporters out campaigning each week, but we also have time to play and on Saturday we held a fundraiser at Roundwood Bowl’s club- somehow my daughter and boyfriend managed to beat/hammer me! On Saturday I am off to Borneo taking a group of teenagers to work on a community project. So when I return the Olympics will be about to start we may have had an English ‘Tour De France’ winner and the rain may have stopped!

Hope you're not abusing your position of trust by warping their political opinions.