This week there have been further developments over the future of Ransomes Sports Ground.

After a number of months of discussions and meetings the council has been left with no other option than to serve notice on the current management.

A Labour run Council bought the property in Sidegate Avenue in 1994, saving the sports ground from being sold off to developers. The sports and Social Club was given a 15 year lease to run the club but since 2009 have been running it on an ad hoc basis. Since the start of 2012 the Council have been seeking major changes to ensure that all sports continue to thrive at the club. 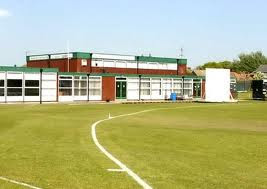 There have been a number of bloggers (Tory) and others stating that this because the council wish to build houses on the site. But the Labour Council wishes to stress that they are going to keep the council-owned facility open. They are not – I repeat not, going to close it. The council are going to save it for a variety of sports.
A number of residents have contacted me about the loss of Suffolk County Cricket, the way St Margarets Cricket Club have had to change venues at short notice, and the loss of the bowls club.

There have also been other comments made to me about how the club is managed but as we are led to believe by a leading Tory councillor that the club are taking legal advice it would not be appropriate to discuss these comments at this time.

Ipswich Spy and certain Tory blogs have attacked both myself and the Labour run council and have even called on myself to resign. I will not be taking their advice but I will continue to campaign and work with the council to ensure that Ransomes remains the premier sports facility in the town.