As a local politician, you often receive requests to sign and promote petitions- often I agree with the cause and sign but when I received this request I felt the need to not only sign but promote as much as I can. 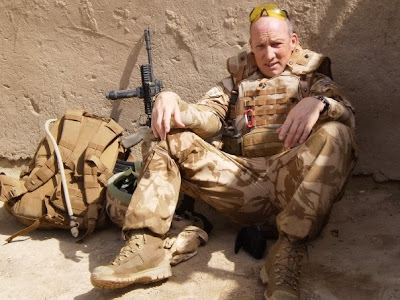 I spent 2009 in Sangin, Afghanistan in what the bloodiest year for the British Army but every day soldiers went out and risked their lives they had alongside then local interpreters - by helping the British they put their lives in danger and if we pull out in the numbers the Government says we will next year - then their lives become even more at risk - please sign the petition and ask your friends to do so as well.

This is the original request from former British soldier - Anthony Perkins:


I served in Afghanistan in 2008-2009 and then again in 2010. These were tough days in Afghanistan for all that were there. We relied on the help of local Afghan interpreters who were with us on every patrol and an integral part of our platoon.

The interpreters took great risks to help us, putting not only their lives but the lives of their families in danger of Taliban reprisals -- but now the UK Government has turned its back on the interpreters. It is refusing to give support or resettlement to interpreters who completed their duties between 2006 and 2011.

My great-grandfather Winston Churchill, who spent a large part of his career in the army, would have been shocked by the way our government is treating men who risked their lives to help British forces. By denying our interpreters entry into the UK the government is condemning them to persecution and almost certain death at the hands of the Taliban.

That's why I've started this petition on Change.org calling on Foreign Secretary William Hague to review the British policy for Afghan interpreters.

The interpreter I remember most was Barri. For all sense and purposes he was one of the lads. When we left Afghanistan Barri's father and brother were killed by the Taliban but the UK government didn't help him. His mother and sister died whilst trying to get to western Europe when their boat sank in Mediterranean. For two years Barri and his last remaining brother have been held in a detention centre until they were eventually granted asylum in Germany. Other interpreters are not even as lucky. They have been forced into hiding in Afghanistan or are locked in foreign detention centres, their lives in limbo.

There are certain codes we uphold in the military. Two of those are: "loyalty & honour." So I am appealing to Rt Hon William Hague and Rt Hon David Cameron - do the honourable thing and remain loyal to those who stood shoulder to shoulder with British Forces.

It is morally reprehensible to force these men to stay in a country that we are counting down the days to finally leaving. By leaving them in Afghanistan the only thing they can look forward to is a life of looking over their shoulders.

Huge public pressure convinced the Government to offer resettlement or support to some Afghan interpreters. We need the same pressure to extend the policy and make sure no interpreter is forgotten.

Please sign my petition and make sure all Afghan interpreters get the support they need.