A few days away from Ipswich coming up so no ‘my week ahead’ today.

In the morning off to Wales taking a group of teenagers to Wales to train for their Duke of Edinburgh Gold award. Returning Friday just for a few hours then off to Budapest for what I hoped was a weekend off football and goulash, but the Hungarian FA have decided to play the MTK – Upjest Derby game on a Friday night. As most Ipswich fans will know the MTK ground was used as the setting for the climax of ‘Escape to Victory’. 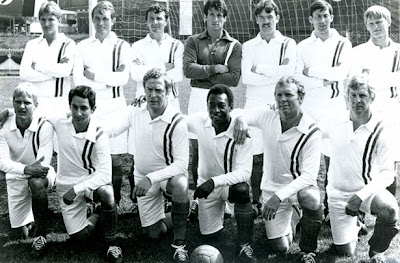 The MTK ground was used to replicate a ground supposedly in Paris as the Nazis played the Allies in a football match. Both sides had a smattering of Ipswich players in their ranks, with Pele getting the winning goal, a bicycle kick beating the German (Ipswich) keeper, Laurie Sivell.

Still hope to visit the MTK ground and maybe see a Hungarian third division game in the ground next door.
Getting back to politics, been a quiet week that saw Ben Gummer move to education and bag carrier to Mr Gove, I did wonder (and tweeted) if this meant we would hear nothing from Mr Gummer about the proposed A14 Toll road, this led to Mr Gummer to give one his seemingly patronising answers. He said if I had been paying attention, I would have noticed he had been talking about it for a while.
Funny I hadn’t noticed – will be interesting as it now seem everyone in the county is against the idea of a toll road if the Tory run County Council still provide the funding for the road that they had promised.