Wednesday – 16 October, 11am – Meeting with the Managing Directors of Ipswich Town Football club

A good variety of meetings this week plus more football and a trip to the New Wolsey – but it is important even with all these meetings to continue to try and get out and meet residents – and not just in your own wards, but to campaign all over the town.

New ways are always being found to connect to voters, social media is now well established as one way of connecting and twitter in particular is both effective as a way of getting our message over but also to listen to the concerns of residents.

But the best way still is and always will be just getting out knocking on doors. Yesterday I was in Gipping and the other bonus of being out on the streets is discovering new sights and also some hidden gems. One tip is to look up – in particular in some of the older parts of the town, you will see reminders of local shops that have now been turned into homes. 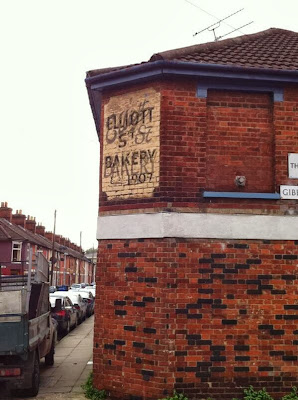 Yesterday it was the old bakery sign on Elliott Street and Gibbons Street corner. 30 or 40 years ago, residents would never have thought these corner shops would close, proving how hard it is to decide how you think the town centre will look in the future.
Now the nights are drawing in, the weekends still give us an opportunity to get out round the town but even on dark nights we plan to talk to residents by phone.

I also have a meeting at the football club this week, not in my role as a councillor but as a member of the Supporters Trust. Ipswich are playing better, Mick has managed to put smile back on the face of the fans, but attendances are still disappointing – why? The cost of tickets seems to be the answer that most fans come up with. It will be interesting to hear what the joint MD’s have to say.

Even before I became a councillor I was involved in supporter’s organisations and currently I am contributing to a new Ipswich ‘fanzine’ – Turnstile Blues. But back in the late 80’s I stated a fanzine- Dribble! Portable typewriter and some pritt stick- seems very amateur now but it was fun and also helped get the message over in those ant-football days of the Thatcher government that not all fans were hooligans. So it was great to see today that a copy of Dribble! Is on display at the National Football Museum in Manchester. Part of a new exhibition – ‘State of the Zine’. 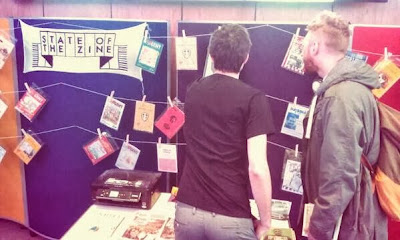