‘Erbstein: The triumph and tragedy of football’s forgotten pioneer’

Many might not like it but sport will always find itself linked to politics, not just how sport and in particular football are run but linked with national and international politics.

Here in England during the 70’s the Far Right used football as a way to recruit members and 40 years later the EDL and other Far Right groups have attempted to repeat that feat whilst Cameron like Blair have been quick to declare their love for the game and ready for the quick ball juggling photo shoot.

In Europe and closer to home in Scotland and Northern Ireland, nationalist, sectarian and political groups have aligned themselves with football clubs as a shared identity has often seen to be beneficial for both sides.

If anything in England we have been fortunate that no football clubs have ever found themselves linked with any political group, even if politicians have been involved with the clubs (Notts County, Coventy and Chelsea as examples).

But from the birth of football in the late 19th and early 20th Century, football teams in Europe have been linked far closer to political groups and movements, with many of those clubs toady still associated with the same groups, this is particularly so in Italy and Spain. Central European clubs have also had their political links, but after 1945 all were linked to various arms of the communist structure, some of those clubs today still have left leanings (as in Berlin) where others have since found themselves adopted by Far Right and Nationalist groups.

But football can also help in breaking down barriers, with war waging in Ukraine, football still continues with people still working hard to keep the clubs from the breakaway region of the Crimea in the Ukrainian Football League.

But by studying football in the 20th Century we can also increase our knowledge of European history and after (that long) preamble it brings me to the subject of this post, a review of one of the best football books I have read and a book that is as much about European history as it is about the beautiful game. 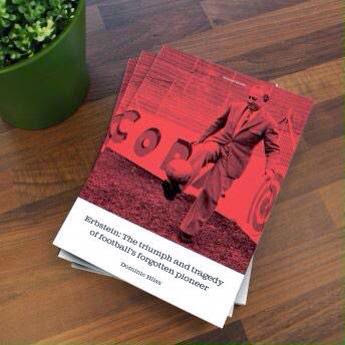 The book is ‘Erbstein: The triumph and tragedy of football’s forgotten pioneer’

Erbstein was a Hungarian footballer, one who seemed to make up for his lack of skill and finesse by his hard tackling (dirty) style of play but where he may not have been the greatest player in terms of skill it was soon noticed that he was an outstanding leader. Hungary would become one of the greatest teams ever seen in the 1950’s but even before World War 2, Hungarian football was a leading player with a new style of play coming from Austria/Hungary – ‘Danubian Football’.

His leadership came to the fore, not in Hungarian League football but with a touring Jewish side to the USA, Erbstein was a leading member of the ‘Maccabees’ as the Jewish tourists became known.

The team was part of a Zionist movement that wanted to show a different side to being Jewish, as anti-Semitism spread across both Europe and the US.

The tour to the US proved that Erbstein was not only a great leader but also a coach with much potential and it was to Italy the Hungarian went to use these skills.

More worryingly for me the book documents the many political upheavals happening in Europe at that time and you can see similarities with the way Europe is today, from Italy passing legislation that only Italian players could play for Italian teams, the movement of towns and regions between countries as some and more disturbingly the need to blame a minority for the financial trouble many found themselves in. 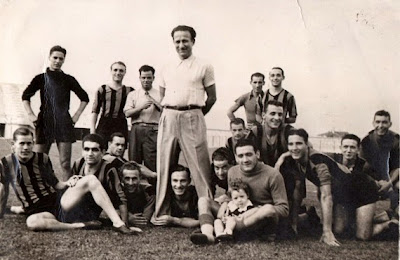 I could write for ages about this great book but I would rather you discovered that for yourself by reading it, but we find Erbstein in Turin and starting to create a great team to rival their city rivals, Juventas and the two Milan teams, but the rise of fascism leads to Erbstein attempting to escape to Holland with his family but captured by the Germans but he then uses his football contacts (and diamonds) to gain a passage back to Hungary but eventually even there he ends up on the run from the Nazis.

Erbstein and his close family survive the holocaust and after the war he returns to Turin to take the ‘technical director’ role at Torino where he becomes the architect of the ‘Grande Torino’ the greatest football team in the world at the time, a winning run of Italian League titles, providing all 10 outfield players for the Italian national side for a game v Hungary and a team that was invited to travel all other the world to play in prestigious friendlies. 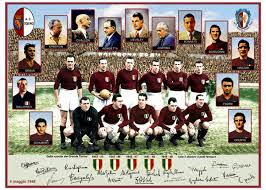 It was on the return to Turin from one of these trips (to Lisbon) that ‘Grande Torino’ lost their lives in a plane crash above the city. 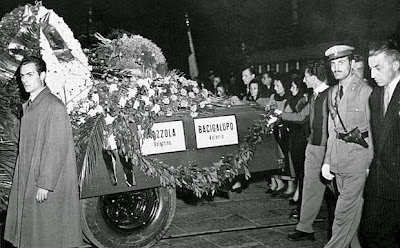 ‘Erbstein : The triumph and tragedy of football’s forgotten pioneer’ by Dominic Bliss, from Blizzard - £10 – www.blizzard.co.uk