New Year started and the General Election starter gun has officially been fired and we seem to have seen the first ‘own goal’ of the campaign with the Tory – Road to nowhere’ poster which from the start looked a dodgy picture for instance, where were the potholes? It even looked like the road up to a stately home – back to 1920’s Downton Abbey? 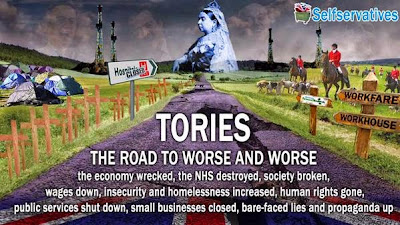 But then the truth came out after denials by Tory spin doctors and George Osborne, that the road was actually in Germany! That should please all the ‘out of EU’ Tory back benchers!