Tour of Britain returns to Suffolk

Suffolk is becoming a cycling hot spot and Ipswich is doing its best to not only be involved but also to help. Today saw the Tour of Britian media launch and I got the chance to ride alongside the cycling team that ex England cricketer Matt Prior helps fund - the One Pro team, it may have been a bit soggy but was great to cycle the 15 miles alongside some of Britain's pro cyclists. 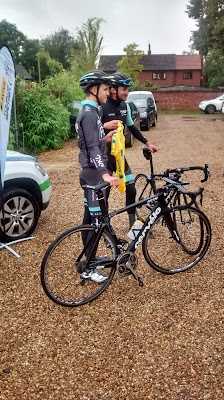 So the Tour follows the Women's Tour to Ipswich, but that is not all the cycling we have - on Saturday we have the Crafted Classique Sportive, Sunday the Sky ride hits the streets of Ipswich and later in the year the local theatre, the New Wolsey gets in the act with the cycling based play - Beryl - Ipswich is really at home on two wheels. 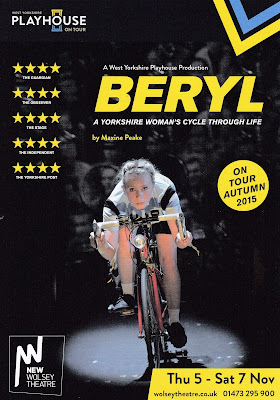 Cycling also seems to put a smiles on peoples faces, great for health and if we can reduce the number of cars on the road that is also a bonus. Labour run Ipswich Borough Council should be proud of the part it has played in making Ipswich a real cycling boom town.
Posted by Alasdair Ross at 15:55