#kiyiyavuraninsanlik - the picture that may have shocked Europe into action 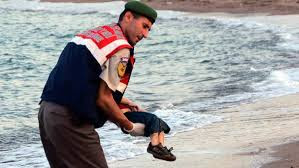 The distressing picture of the young Syrian child washed up on a Turkish beech has shocked the world - will it become like the 'Napalm girl' from the Vietnam war- a picture that will go down as one that defines a generation, one that marks us down for what we have become- selfish? 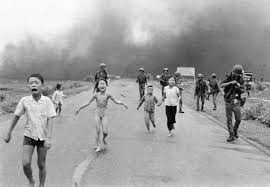 There has been plenty said over the last few days on what we have done to help, or how little we have helped or what we should do to help. We know that many people no longer believe politicians - but the speech from Yvette Cooper seemed to hit the nail right on the head and her call for this Government to do more have been echoed by church leaders, politicians, celebrities and more importantly - the public - so much so that within 24 hours, Cameron has had to make an embarrassing climb down after stating that we would not let more refugees settle in this country today he has stated that the UK had a "moral responsibility" to help those displaced by the four-year conflict in Syria. But then again Cameron has always been more of a PR man that a PM!

His behaviour (and more distressing - his silence) over the last week has been far from we would expect from a world leader let alone our Prime Minister. We have not done enough as a country, a few local commentators have been quick to say how much money we have spent helping those in war torn zones but where we could and should help more is allowing refugees into this county.

The figures do not lie- we have done very little - but of course the mixing of the words refugee, migrant and illegal immigrant by the media do not help the public to understand that we have been pathetic in our attempt to help those from Syria.

87% of Syrian requests for asylum were granted


216 Syrians have been granted protection under a special scheme to relocate vulnerable people - this is the most embarrassing figure of them all- 216!


4,980 Syrian asylum seekers and their dependents have been granted asylum since 2011

Now David Cameron is right on one thing we should take from Syria and the camps in Jordan and Turkey - but trouble is he should have done that 3 years ago- now it is too late, so Cameron the PR man lets the media dictate policy, Germany will take 800,00, in Sweden for every 1,000 of their population they will allow an asylum seeker in and hear Cameron says we will take more but no figures and a plan will come out some time next week - how many more will die whilst he keeps a low profile?

Recently the British hero Nicholas Winton passed away- one of the people behind the Kindertransport, what would he think of some of the selfish attitudes displayed by many over the last few weeks. When you’re next in London at Liverpool Street station, seek out the statue on the station forecourt that celebrates the actions of many that saved those children from persecution, and maybe compare that with the scenes being acted out today in railway stations in Austria and Hungary.

History is an important subject, but only if we learn from it- where it seems with the likes of Farage and the far right of the Tory Party that many wish to re-enact the 1930's rather than learn the lessons from that era.

We have those making any excuse they can to stop refugees being made welcome - the worst one - peddled by many in the Tory Party including their local leaders here in Ipswich is that some of those fleeing Syria maybe from ISIS! That terrorist organisations seems to have little problem brainwashing people already here in this country to commit hideous crimes not sure they need to sneak them into the country. in fact with their oil wealth, pretending to be a refugee would be their last option of getting terrorists into Europe.

Then we have our own MP- Ben Gummer trying to blame the crisis on the opposition refusing to back Cameron in his proposal to bomb Syria- forgetting to mention that the PM did not even have the full support of his own party. I always thought Mr Gummer was a more 'liberal' Tory but his actions - or lack of them over this humanitarian crisis have shown him to be as bad as his leader.

We should do more, we should welcome refugees into this country - as we did in the 19th Century and in the early 20th century, as we did those fleeing Uganda and Sri Lanka.

But as long as we have a PR man as our Prime Minister- be prepared to always take the easy option
We must allow refugees in and we must act now.

#RefugeesWelcome
Posted by Alasdair Ross at 18:57