Whitehouse Estate and Ipswich remember two of their own 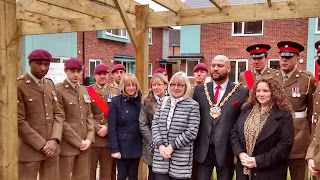 In 1979 the British Army suffered one of its worst losses of life when 18 soldiers were murdered by the IRA at Warrenpoint, this was in the time  before the days of 24/7 news and also when the troubles in Northern Ireland seemed to many of us to be deliberately ignored by both the press and politicians.

But in one part of Ipswich the Warrenpoint atrocity would not be forgotten as one of those from the 2nd Battalion the Parachute Regiment murdered that day was 18 year old Gary Barnes. 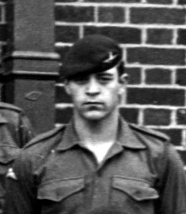 Gary was from the Whitehouse Estate and a former Westbourne School pupil.

There is a memorial at Warrenpoint, a bench in Aldershot (the former home of the Paras) and a further memorial in Palace Barracks, Belfast. Gary was not forgotten in Ipswich and his name was added to the Cenotaph in  Christchurch Park, Ipswich.

27 Years later, another young man left Whithouse Estate to join the British Army  as a member of his local regiment, the Royal Anglians. Aaron McClure lived close to where Gary lived and went to the same school as Gary and was even in the same year at school as Gary’s nephew. Whithouse is a small estate where everyone knows everyone, a village within the town. In 2007, Aaron was to lose his life in Afghanistan, just north of Sangin in a ‘friendly fire’ incident. 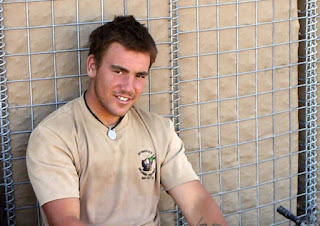 One town, one estate, one school and now they had lost two young brave men fighting for their country.

I became a councillor in 2008 and then had a year away as I returned to the army in 2009 to serve in Afghanistan, on my return I was keen for a lasting memorial to be in the town to Aaron and David Ellesmere the council leader agreed and we both thought a street named after Aaron would be a fitting tribute.

We had a number of opportunities to name a street after this brave man but we were keen for the new road to be in the area of the Whitehouse Estate. Over the last few years we have been building more council homes and one new development would be behind the Whitehouse Estate shops on Ulster Way, so we saw Mrs McClure and family join us to place the McClure Way sign up.

The council was then approached by one of the areas more senior residents who thought it would also be an ideal opportunity to also honour another Whithouse lad, Gary Barnes.

So on Friday all those ideas and plans came to fruition as we unveiled Barnes Square, a new development of flats on McClure Way. It was an event that I will never forget, the three sisters of Gary, were joined by Lorraine the mother of Aaron plus other family members but they were not the only people there to honour the tow lads, also in attendance were friends, pupils from Westbourne School, local Ward councillors , veterans and the Mayor – also a Whitehouse boy. 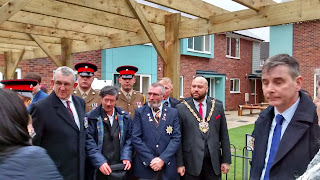 I was very happy that I was also able to facilitate the  involvement of  the regiments that Gary and Aaron served in and it was fitting that the families were joined in the unveiling and the photographs by serving members of 1 Royal Anglian and 2 Parachute Regiment. 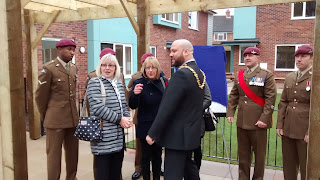 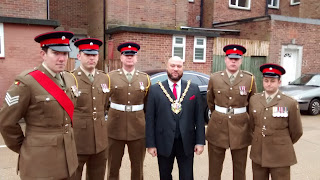 It is important in my mind that Ipswich remembered these two young lads who left our great town to serve in the British Army, now their names will always be part of the Estate that made them – McClure Way and Barnes Square on Whitehouse Estate. 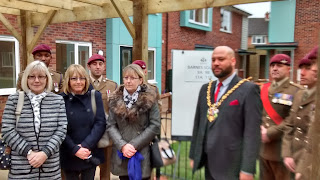 Ipswich will never forget them.
Posted by Alasdair Ross at 12:32

Thank you very much from all Gary's family. Appreciation to all concerned an involved making this come to frutiton. My parents have been shown all photos and seen local news broadcast and were very impressed
Helen

I served with Gary in 3 Plt, A Coy, 2 Para. I was also in the same convoy when we were ambushed at Warrenpoint.

Unfortunately due to recent surgery I could not attend this memorial .... it would have been an honour to have met Gary's family and to have met the organisers.

A big thank you to all concerned who organised this event to commemorate two young soldiers who lost their lives way before their time.