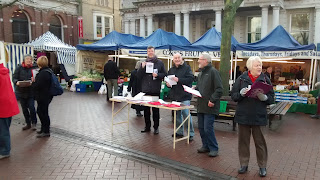 It was great to get out campaigning again on what could be a busy year, we know we have council elections in Ipswich in May and they will be combined with the vote for the Suffolk Police and Crime Commissioner and it now seems that David Cameron is keen on a Summer vote in his proposed European Referendum, leaving little time to campaign after he has completed his re-negotiation with our EU partners. Also giving little time for the splits in the Tory Party to surface and possible destroy his hopes of a further 4 years as Prime Minister.

We have our own well documented splits in the Labour Party and I can’t see a total truce between both sides of the party but there are enough local members willing to work hard for the party and actually use campaigning to show that we are united in our refusal to accept that the Tory way is the best way.

In fact local Ipswich Tories know that the Tory way is not popular as they are quick to distance themselves from unpopular Tory policy by shouting “it’s not us it the (Tory run) County Council” seeming to forget that the proposed cuts to the Fire Service and rural transport are down to Tory Government cuts (plus a large dose of ideological reasons).

Any bad news in Ipswich seems to just be ignored by local Tory politicians, their leader is quick to comment on the terrible events in Cologne (as she has the right to) but total silence from any local Tory over the very critical Ofsted report that Thurleston Academy received this week.

We also hear very little comment from any local Tory councillor (or either MP in fact) over the cuts to our Fire Service, Police Service, and transport budget or highway fiasco.

Maybe the local Ipswich Tory party should be renamed the Tory ‘Head in the Sand’ party? 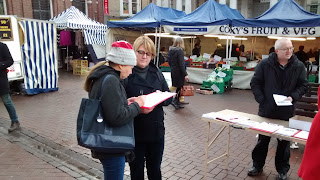 We will campaign on our great record as a Labour Borough Council – Council homes built, investment in town centre, grants to cover cuts to education by Tory County Council but it is only right for us to highlight what you get from a Tory run council – cuts, cuts and cuts all with little consultation!
Posted by Alasdair Ross at 13:22