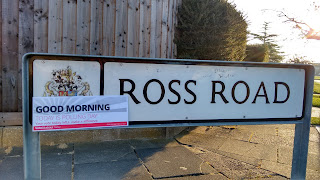 It was very humbling to be stood in the Corn Exchange in the early hours of Friday morning when the election result was announced and I had been re-elected as the councilor for my own ward of Rushmere.

The full result was;

I will do my best over the next 4 years to represent all Rushmere residents as I also look to play a more prominent role in Ipswich wide politics. I will continue in support of the Armed Forces, their families and veterans through my roles as Ipswich Borough 'Forces Champion' and as a national committee member of 'Labour Friends of the Forces'.

Thank you again for all your support not only over the last few weeks of campaigning but over my last 8 years as a Rushmere Councillor.