When waiting for a train to rural Suffolk.....

Ben Gummer our MP voted last night to stop the United Kingdom bringing in 3,000 child refugees. It was a shameful act in anyone's eyes. 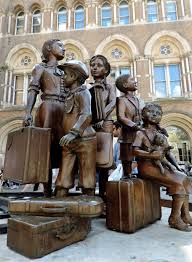 When he is next at Liverpool Street Station, (delayed again by the railway he single handily improved) on the way to his home in (rural?) Suffolk he should take time to study the two statues to the  Kindertransport children that are on the station concourse. Taking in the 'Kindertransport' children is one of the finest example of what this country should stand for, the standards we set for ourselves and others. The way he voted last night just indicated we are now being run by a group of selfish people.


Would love to know how he came to the decision to vote to keep these children out - then again would also like to know how he is willing to back up his boss Hunt and not enter into negotiations with Junior Doctors? 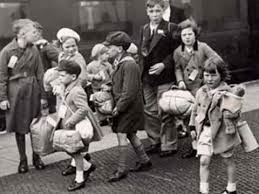 As a child I was fortunate enough to be able to meet and speak with Tom Gondris, a Labour councilor who escaped from Germany as a child refugee- maybe Mr Gummer should visit Tom and speak with him - and he may then have not voted the way he did (unless his career comes above everything?)