The world does not need 'populist' politicians

As we seem now to be in an era of populist leaders- those who will say whatever they think voters want to hear to get elected- with Trump at the head of this march to chaos we must remember this is no new craze – others have done so in the past – others have combined the populist theme with also finding a scapegoat for the problems we find ourselves in. Hitler is remembered for blaming the problems of Germany on the Jews and others but he also appealed to the normal German with his populist polices in particular his desire to give everyone work and to make being German something to be proud of again after the fall out from their defeat in 1918.

Closer to home, UKIP and Lib Dems have used populist policies – the Lib Dems of course came unstuck after promoting ‘no tuition fees’ then finding themselves have to put them up. UKIP combine populist policies plus blaming all our problems on Europe (and Europeans).


Just saying whatever the public want to hear does not always work, UKIP helped get us out of Europe but they still have little power in the country and have actually seen a loss of council seats since the Brexit vote. Lib Dems gained council seats by saying whatever the public want to hear- more often than not appealing to NIMBYS rather than promoting a ‘liberal’ manifesto. This helped then gain council seats but never saw them increase their number of MPs. They now tell people by voting for them we can end up back in the EU where in fact they know they will never be in a position to see us ignore the Brexit referendum.


Talking of Brexit, those who wanted out of Europe told the public what they wanted to hear- more jobs money to be spent on the NHS, control on immigration where in fact they knew that in fact most of those claims were lies.


In my own Labour Party, Corbyn is happy to tell members what they want to hear but seems to ignore the fact those who we aim to represent do not want to hear that. Some claim this is one of the great things about him that he will not follow the populist line but in fact he is- saying to members what they want to hear, ensuring he will stay as leader, never having to go against his principles but in fact it will see us move further away from ever being in position to implement the changes that are needed to make this country fairer.


Trump is a worry and part of chain of events that also includes the Brexit vote and the rise of Marine Le Pen in France.  We need to stand up against those who wish to blame others- we need to protest but is a rally enough?


Real change can only come by being in position to force through changes, it is right to protest against Trump coming to the UK but better to have a Labour Government in power so the invite would not have come in the first place. It is right to protest about the way Israel seems powerless to stop illegal settlements springing up in Arab villages but it would be better to offer solutions that would help set up a position where Arabs and Israelis can live side by side in peace.


It is acceptable to protest about some of the actions of the USA and the west but you then can’t ignore the actions of states like Russia. You can march against the way the Saudi Government are acting in Yemen but you also need to attack Russia for their support of the Syrian regime.


A rally can send a strong message to someone, it can show that people are not willing to stand aside when a wrong is potted but a rally, a protest must also come with a solution, with a policy that can work. We must also understand why a populist policy we do not agree with is popular.


Having a rally with a large attendance does not mean your view is right. UKIP, Trump, Pro Brexit, anti-Trump, Stop the War, (and Corbyn) can attract thousands to a rally but does it represent what the electorate want to hear or does it offer a solution, an alternative way- a way that appeals to all, not just those at the rally.


Hitler was the master of the political rally, playing not on only people fears but also pushing a populist view of the world. This weekend I was in Nuremberg, the Nazi rally grounds still stand as a stark reminder of what he said and what he id. You can spend all day in the Documentation Centre, leaning how Hitler used the public to gain power and then keep it. The part that Nuremberg played in promoting Hitler and the Nazi cause. 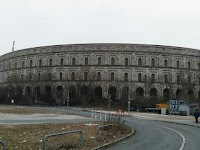 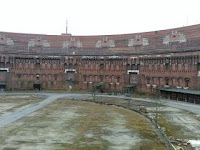 To stand on the saluting Dias above the Zeppelin Fields it is hard to imagine how Hitler felt when he faced 150.000 people who all believed in what he said. 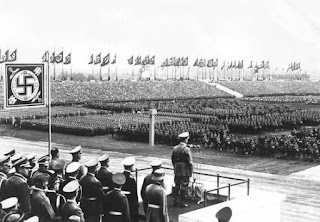 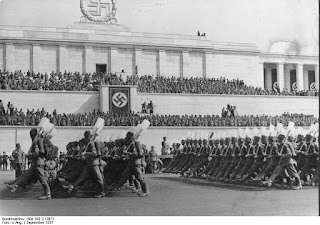 I have never been a fan of a political rally – to me you are speaking to the converted or appealing to the masses with lies and half-truths – a better way to make change is to talk to people, one on one, in small groups, to allow debate, to question and be questioned. Can you remember Trump ever answering questions? I am sure you can now work out that most of what the pro Brexit politicians said was lies, even the Corbyn rallies ever saw him answer questions from members- he just said what they wanted to hear.


For me rallies are for cult leaders, debates are for politicians. It is right to march, to protest but do with a solution, with a better option to offer.

Consequences of when a cult goes wrong 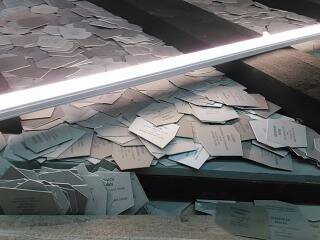 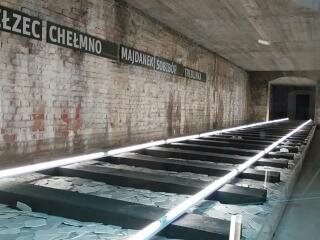 Politicians often have to do what is unpopular, close a crèche, make people unemployed, tell the truth about immigration or crime – admit there are problems we can’t solve straight away. That is true politics, telling the public things they do not want to hear- being able to do that and still be elected and trusted is a sign of real politician a real leader. Trouble is many politicians are happier to tell the public what they want to hear. 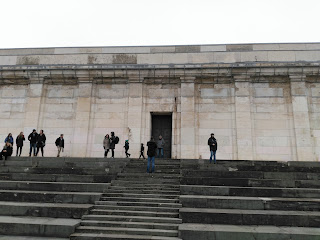 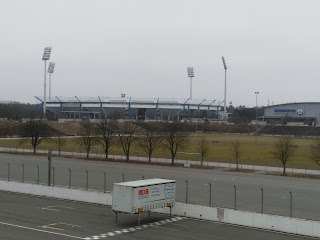 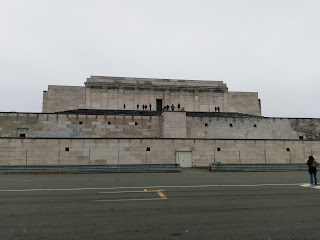 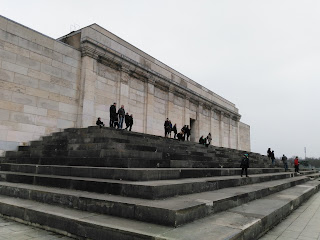