No Turning Back: Seven Migration Moments that Changed Britain

Yesterday was a day of sport in London, football ( no hipsters) first and then cycling at the Olympic velodrome but with brunch planned on a barge in Lambeth, I had a look to see if there was anything worth visiting for a couple of hours in the morning - and I found something and it was a real eye opener, very thought provoking. I had stumbled across the UK Migration Museum. 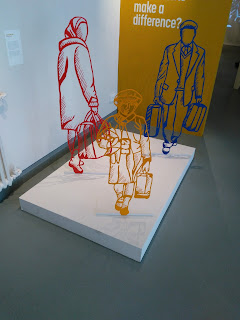 First the location, the museum was based in the old workshops building for the London Fire Brigade, a building that may not be there much longer, as the Fire Brigade seeks to sell the large site as part of an urban redevelopment project.

On the main workshop floor were hundreds of kids, making large items from cardboard - TVs to houses to giant robots but our destination was upstairs, it is here that the Migration Museum has found a temporary home. The museum had on display their latest exhibition - "No Turning Back: Seven Migration Moments that Changed Britain". 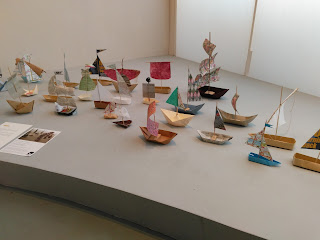 The exhibition was fascinating, taking 7 moments in the history of migration in Britain and then displaying them, but deliberately not placing them in chronological order.

The relevance of the exhibition should not be lost on anyone as we get closer to Brexit. The exhibition is not all about those who have chosen to or were forced to come here, it also looks at when we have forced people to leave these shores and also how those who have emigrated felt when they were forced to return to the UK. From our treatment of the Jews in the 12th Century, to those returning from India in the 40;s to 'Rock against Racism' in 1978.

The terms migrant, immigrant, ex-pat to refugee - all are terms that are frequently used, but often just to score a political point rather than factually describe the person involved. 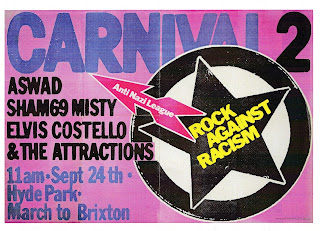 There are not many of us in this country who do not have a direct link with migration, I only recently discovered that my father's family on his mother's side had done a midnight flit from Germany in the late 19th Century. Often it is those who have arrived in this country quite recently who are the keenest on immigration control. Many voters with an Asian heritage, voted to leave the EU in the recent referendum. 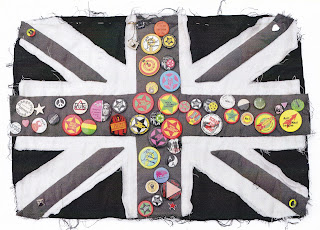 Migration, should be a subject that is covered in depth during PSHE in our schools but it is all of us who need to learn the true story of migration and our own families part in it. I would love to see this exhibition tour, you will leave it moved but I also left very hopeful for our country.