Yesterday Tom Hunt, our Conservative MP for Ipswich decided to post a critical attack on me of his Facebook page - I have been critical of him via twitter, so I must and do accept that I may be criticised in reply, but he decided to not reply on twitter but to use his facebook page, it was not till someone phoned me that I became aware he had done so.

Much of what he said was inaccurate and actually by reading many of the comments to his post it proved my point - he does seem to playing to right wing crowd in fact that comment may have been slightly on the conservative side as many of the comments seem to have come from a 'far right crowd'.

However his strangest comment was one that has actually upset me - disagreements on political issues are to be expected and are nothing new but this comment was very bizarre and the more I look at it, the more it upsets and angers me;

"And also , what is it with this bizarre Ipswich labour party banner in his profile picture on twitter that makes it look like he's campaigning  for the North Korean Communist party"

Now the banner he is on about is the Ipswich Labour Party banner, and the emblem is from 1924 – 'a quill, a shovel and a torch’  - in fact when comparing emblems an old Tory one seems closer to the North Korean emblem than this. 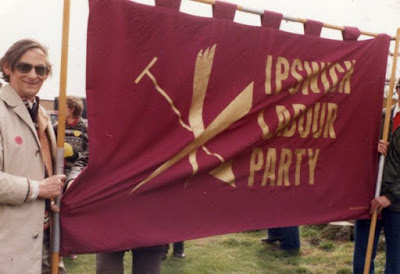 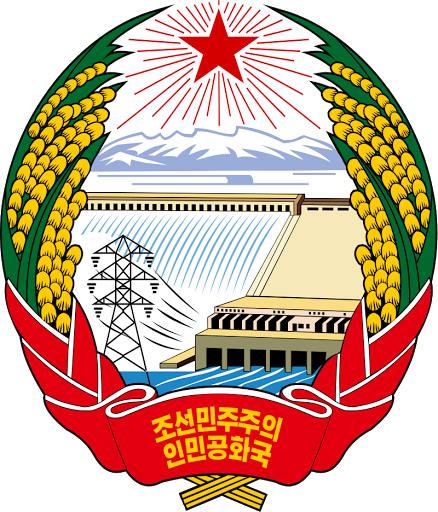 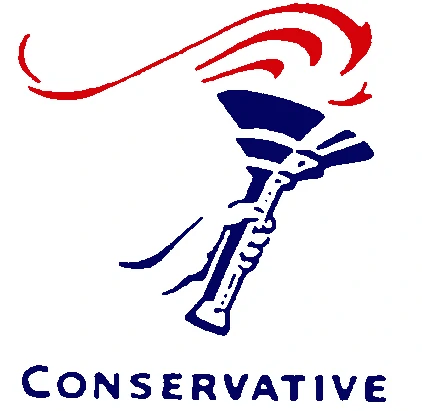 But the more I thought about it the more it upset, if he had seen the full picture, he would have seen my late father holding the banner. My dad volunteered for the Army, straight from school and ended up fighting in the Korean War with the Argyll’s. 31 of his comrades would not return from South East Asia. So I find it personally disgusting that he compares my party banner with that of North Korea. 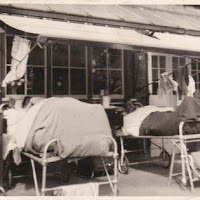 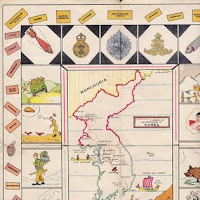 My dad in a hospital bed in Japan, after being injured in Korea, and part of a Christmas Card he sent home to Ipswich

I suggest Mr Hunt, walks to the far North East corner of his constituency and visits the Millennium Cemetery, where he will see a memorial to those from Ipswich who fought in Korea. I am sure my dad is not the only Labour voter on that memorial and I am sure there will be trade unions members, socialists, and even Conservative voters, names on that memorial. They all would understand the threat of North Korea, and am not sure that they would be impressed with Mr Hunt comparing the two emblems. 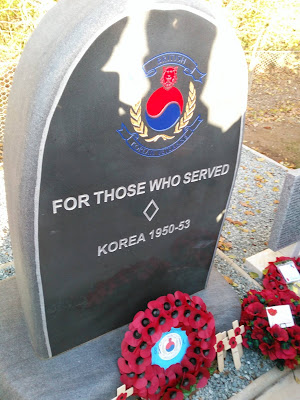 For Mr Hunt to compare the Ipswich CLP banner with that of North Korea is disgusting and not the sort of behaviour you would expect from a Member of Parliament.

For over 100 years, thousands of Ipswich Labour members have worked hard to improve the lives of their families and their friends, many will have volunteered to serve their country, others would have been conscripted, some would have lost their lives fighting for this country but that does not seem to bother Mr Hunt, but as a son of a Labour member who fought in Korea, I am disgusted by his behaviour and actually embarrassed to think we have this man as our MP.

Mr Hunt, I have no doubt in my mind that it does not matter how long you are the MP for Ipswich, you will never give as much of your life to the people of Ipswich as my father did – soldier, veteran, NHS worker, Optician, Charity organiser, School governor, councillor and what I remember most is how he helped the very first Bangladeshi residents settle in this town where you seem at times intent on stirring up trouble between our various communities within the town.

Your comments yesterday on Facebook and your behaviour at times over the last year have been embarrassing.

Feel free to comment, Mr Hunt – unlike you I will inform you that I have posted this reply to your initial post.

When the Ipswich Film Theatre was set up it was run by a council committee. I was still at school and as a film buff I was invited to join as a 'youth' rep. Your dad was also involved and treated me with respect and as an equal, ensuring my views were heard. How did we ended up with vacuous opportunists like Tom Hunt?

Bizarre comment indeed. I agree that the Ipswich Labour party emblem is nothing at all like North Korea, and it is an offensive comparison.