Vote for Ipswich Labour this Thursday - May 6th

Less than 24 hours to go to Polling Day, unlike previous elections, many more of us will have already voted by post, however as it is a local election - every vote does count. we have seen some very small margins of victory over the years, I won Rushmere myself the first time by just 13 votes!
I am not sure what the result will look like in Rushmere this Thursday, I just hope that I have done enough for my residents since 2008 to maintain their trust and be elected for a further 3 years.
However, I have been in politics long enough to know that often people are voting on national issues- there is undoubtedly a 'feel good' bounce from the vaccine programme and as we now seem to be coming out of lockdown, but we must remember that we have one of the highest death rates in Europe and many families are morning lost members of their families, certainly major mistakes have been made by those in Government. Plus we have seen a return to Tory sleaze.
I would encourage those living in Ipswich to vote for your labour candidates on Thursday, there are very few safe seats for either party in the town, maybe the Tories have 2 safe seats, Labour the same and Lib Dems just one, however all have lost them or come close to losing them in the past.
I am very proud of how the Labour run council have acted during the pandemic and I believe we are the best placed to take this town forward as we get back to some sort of normality- from building homes, offering entertainment, and looking after residents - we have a proven track record.
For Suffolk County Council, Ipswich need strong Labour Councillors to combat the Tory wish to spend as much as possible of their budget outside the County town - the Suffolk Tories have been responsible for lack of funding in transport, closing Children's centres and can't even pay all their staff the 'Living' wage.
What is more worrying is how the Tory MP for Ipswich, Mr Hunt seems to love highlighting the differencse between our many communities rather than building bridges, his Facebook page is grim reading with many of the comments from his supporters making no attempt to disguise the fact they are racist.
Unfortunately a number of the current Tory councillors and some of their candidates at this election are not only happy to go along with the 'populist' agenda of Mr Hunt but seem to be as keen as he is to highlight the problems in the town rather than go the extra mile to improve the lives of all our residents .
So please consider, Voting labour in Ipswich this Thursday.
Labour run Ipswich Council building more homes for our residents. 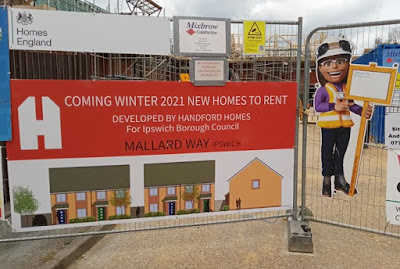 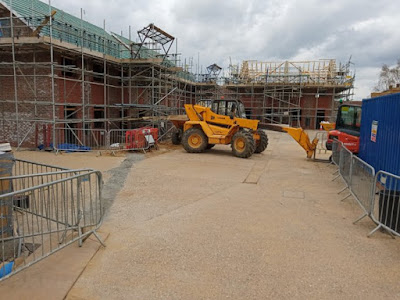