A campaign that was based on deceit

The main thrust of the Tory campaign to win County Council seats in Ipswich was based on deceit - even the Tory MP for the town took time off from attaching footballers, to join in - their message was for the Tories as Labour County Council councillor's  had failed to spend their budget given to them for local highway issues. 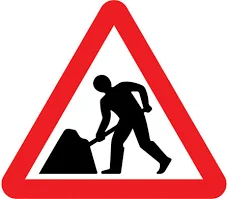 The Tory Group in Ipswich, had researched very carefully to come up with the figure for unspent budgets, they used social media to say that they would have no problem spending the money if they were elected.

But this is the real deceit, if they had requested the figures from the County Council ( and one of the Ipswich Group is in the County Cabinet, so you would have thought he would have known anyway)  and done the research they said they had they would have known that in fact of 75 Suffolk County Councillors (majority  of whom are Tory) only only three had been able to spend all of their Local Highways Budget by 31 March 2021. My Labour colleague, Martin Cook has uncovered the deceit.

In total £2.1m was unspent across Suffolk on 31 March 2021 and even after forward commitments into 2021-2022 were considered there was £1.3m left in the kitty. People will struggle to understand how this could be the case when there is clearly so much work to be done.

Even former Tory Council leaders were not immune, Mark Bee had money left over as did Colin Noble who offered £48,460.53 cashback. The top spot however was reserved for Conservative Councillor Peter Beer (Great Cornard) who returned a whopping £66,825.64, more than any other Councillor.

The fact that Suffolk’s Local Highways Budget scheme is dysfunctional shouldn’t come as a surprise to anyone. Tory-run Suffolk County Council fails us on highways projects large and small. From potholes that take six months to repair even after the work has been ordered to large projects like the Ipswich Northern Bypass, abandoned with £1m spent or the scrapped Upper Orwell Crossing (£8m wasted) the signs of failure are everywhere.

When even experienced, senior county councillors are unable to spend their Local Highways Budget it points to a systemic failure of governance.

We can rightfully blame the Tory County Council for failing us on highways however when it comes to deceit in election campaigning, the local Ipswich Tory group should take full responsibility and they were ably assisted in that deceit by our Tory MP, Tom Hunt.

I am sure they knew most Tory County Councillors had also failed to spend their budget they might have even known that it was a Tory who handed back the most - but they kept those facts from the electorate - deceit helped the Tories to win County Council seats.