More good news for Ipswich residents with the Council’s bid to improve safety in Maple Park having more success with £422,200 awarded from the government’s Safer Streets Fund. The money awarded will look to reduce crime and make people feel safer. 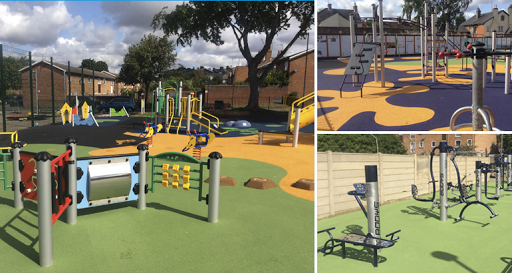 The Home Office were so impressed with the Maple Park project that they are now using it as an example of ‘best practice’ – the success of this ongoing project is down to the hard work of Ipswich Borough Council Officer, Ipswich Police, the three Labour Ward councillor’s for Westgate Ward, however the biggest thanks must go to the local residents who came forward to be involved.

Improvements will include better CCTV – more cameras as well as improving sight-lines; alley-gating that will prevent access to the backs of house and flats; improving currently unused space to make it feel owned and used by the local community; better street-lighting and other measures. There will also be regular surveys of people’s perceptions of the success of these measures and other community-building initiatives.

those visiting. Increased security measures and better lighting will be really appreciated by the community."

As the Portfolio Holder for Public Protection, I am very proud of the team of Officers who have worked on this project , disappointed that (as of yet_) our Tory MP, Mr Hunt and the vast majority of the Tory Councillors in Ipswich have failed to comment on this good news.

The Borough Officers, the local Police team, local Ward Councillors and residents deserve praise from all of us who are elected to represent Ipswich residents, whether you are Labour, Tory or Lib Dem.