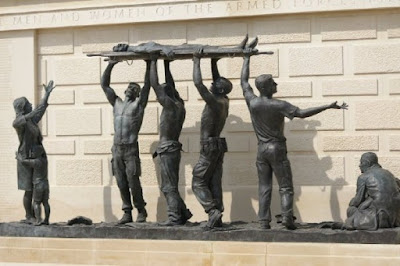 Not for the first time , our at times embarrassing Tory MP for Ipswich has decided to attack our local Labour Party, not on policy, not on how we run the council? He decided to question our patriotism - for Mt Hunt it seems to show you are patriotic, you have to at least wear a union jack face mask in parliament, if not you might as well go and live in North Korea.
Many of us, a bit older still cringe when we see the Union Jack used as a tool to show how patriotic you are, we remember when it was 'hijacked' by the likes of the National Front. Unfortunately a number of the 2019 Tory intake at Westminster seem to employ tactics the National front would have been proud of, highlighting our differences rather than promoting what we all share.
As a veteran, I could not stand quietly and allow Mr Hunt attack us over our patriotism, so I wrote to my local paper the Ipswich star, who printed the letter on Monday 29 March 2021. This is the full version of the letter that i sent to the Star.
To the Ipswich Star,
Last week in your newspaper, the MP for Ipswich, Mr Hunt used his column to explain why he was happy to vote for the Police and Crime, Sentencing and Court Bill. He then went on to accuse the Ipswich Labour Party of ridiculing the bill, in particular the part that proposed tougher punishments  on those who desecrate our War Memorials. i found his comments both very insulting and unjust.
I am not only a member of the Ipswich Labour Party, but also a veteran and the Armed Forces Champion for Ipswich Borough Council, now the protection of war memorials may not be my top priority as Armed Forces Champion. My highest priority is in fact making sure that veterans  in Suffolk have access to the best mental health care available, just over a year ago I lost a close friend from my regiment who committed suicide, he was still serving and no one was aware that he was suffering from PTSD. That came only a year after we lost another fellow Rifleman to suicide. That along with trying to help veterans who have found themselves in prison is far more pressing issue currently for veterans.
However, I fully understand the importance of war memorials, not only to veterans but also to the families of those who have fallen. It is one of my proudest moments as a councillor in Ipswich, assisting to get a street and a square named  after two soldiers from our town who lost their lives in Northern Ireland and Afghanistan.
My own Regiment, the Royal Green Jackets, lost many men in the 41 years of our existence, all those Riflemen are remembered on various war memorial's, all over this land. I served with 2 Rifles in Afghanistan in 2009, 25 men of that Battle Group never returned home, all their names are on the memorial at the National Arboretum . On that same memorial to those from the Armed Forces who have died in conflict since 1945 are the names of Paul Harding and Mark Hale. Paul was a close friend, my mentor, my hero, who rose to the rank of Major only to die, leading from the front in Basra, Iraq. Captain Mark Hale, I only knew for a short time, but we hit it off straight away, we were from the same era, shared many of the same views on the army, on the 12 August 2009, we had dinner together in the dusty mess tent in Sangin, Afghanistan, less than a day later, he was dead, killed by an IED, whilst helping others. 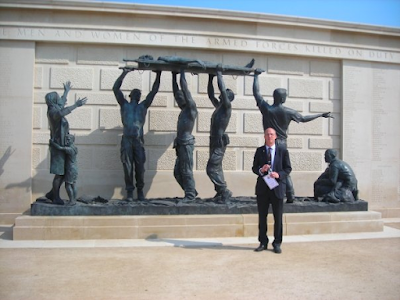 I often visit the National Arboretum in Staffordshire, I find both their names on the memorial, trace my fingers over the letters of their names and when I do that my emotions are mixed, often both sorrow and anger, and then I sit on a bench by the Royal Green Jackets Memorial and I am often close to tears, those memorials are important to me  - would I forget those two fellow Rifleman if the memorial was not there? No - but it is important to me, my comrades, their families, that there is a proper memorial and hope the presence of those memorials reminds politicians and national leaders that there are deadly consequences when you send soldiers into conflict.
So Mr Hunt, as a local Labour Party member and also a veteran, I fully understand the importance of War Memorials and I certainly need no lesson from you on that subject.
I would ask you to think carefully in the future when writing such comments, there are many Labour members  and voters, who are veterans, and your words insulted all of them.
Cll Alasdair Ross
Rushmere Ward
Ipswich 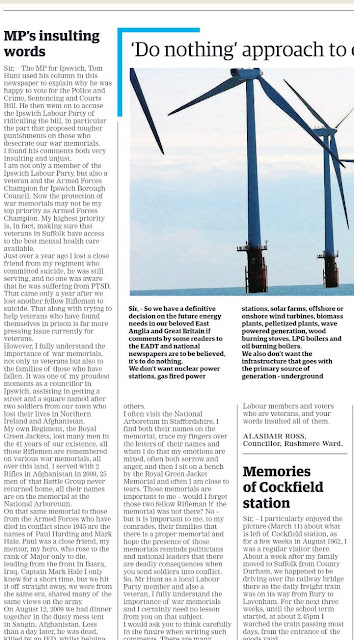 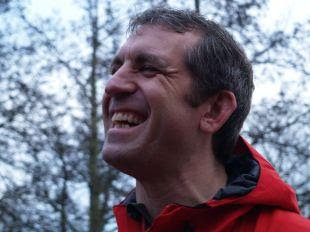 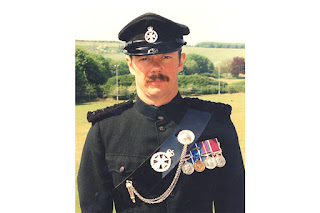