Back to the Army 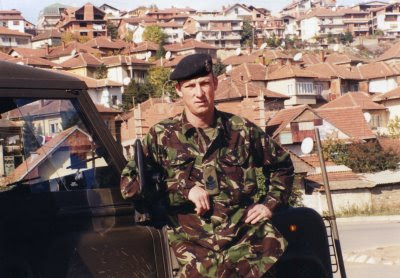 Back to the Army and possibly Afghanistan!

Some of you may have read in the Ipswich Evening Star that I may possibly be off to spend 6 months in Afghanistan . Currently I am going through the process of mobilisation hopefully to join the Infantry Battalion, 2 Rifles in the new year.
The Battalion are currently in Northern Ireland but have been warned off for a 6 month tour of Afghanistan and if deployed will be spending the Summer in Helmand Province.
I left the army 6 years ago so it is with a sense of trepidation that I await to join the Rifles, I had previously spent 24 years in the Royal Green Jackets. The Green Jackets reformed into The Rifles in 2007.
I will hope to keep readers of this blog informed about the training and what it is actually like in Afghanistan, on the front line.


Little did I know when serving as a young 18 year old Rifleman in 1980 that in 2008, I would be preparing to go on another operational tour. 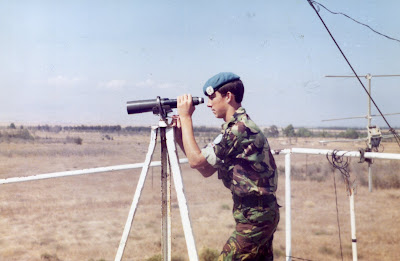 
I do believe we are making a difference in Afghanistan, we must not let that county fall back under the influence of the Taliban, you just had to read the recent news reports of the acid attacks on young girls to see why we must stay.
I am sure also that I am re-joining one of the best trained forces in the world and that coupled with the recent experiences of soldiers in Ireland, Bosnia, Kosova and Iraq will serve us well. one thing I know that will not surprise me, and that is the superb example young servicemen set for all the youth of this country.
It is not confirmed that I am going yet, and with army paperwork- anything could happen! Whatever happens I hope to be able to resume my council duties on my return, I will also hope to be able to go to local schools and organisations and give them an insight to life on the front line.
Posted by Alasdair Ross at 14:39

Might be usefull to know what is really going on in the world then.

Bring yourself and the rest of our boys and girls home.