From Fire station to houses. 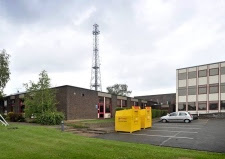 The old fire station has already been demolished so Hopkins should start quite soon in building the first of 59 houses planned for the site.

I raised a number of issues with Hopkins Homes on behalf of local residents and they have agreed to those changes.

Ipswich Borough policy is to ask for 35% of the development be affordable homes. Hopkins Homes asked for this to be reduced to 25% as they had been informed that the County Council now required £388,000 in Section 106 money (this is the money that a council can ask for towards local amenities such as libraries) rather than the initial £106,000 they were asked for in December 2010.

As a Labour Group we are keen to see an increase in affordable homes but as a planning committee we understood that Hopkins Homes had been asked to pay considerable more that they first thought to the County Council.

It was agreed that Hopkins Homes could just build 25% in affordable homes but that now the Borough council would take control of the Section 106 money and look to use that to build other homes within the Borough.

I believe that this development will be welcomed by most Rushmere (and Ipswich ) residents.