Times are hard and for some almost desperate as this Government lurches from one u turn to another, whilst ministers (and Boris) just go round making statements without any policy or plans to back them up as seen with Boris on Stansted and Hunt on Abortion. Even football can’t put a smile on my face with the national game imploding thanks to the FA, Terry and Cole and even here in Ipswich Evans, Clegg and Jewell seem to have a much idea about running a football club as Osborne does about running the economy. But dark times can bring out the best in people and this week I went to Copleston School and spoke to their 6th Form Politics students – they were interested, engaged and also willing to contribute to make our town better – so the Tory Government has managed to get the youth of this country interested in politics again – and so on Saturday in the town centre we had 4 teenagers join us campaigning. 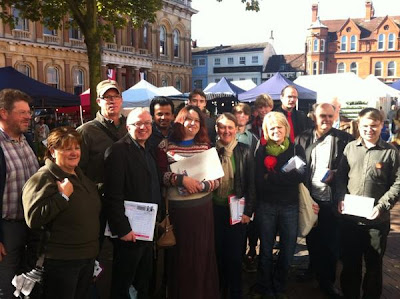 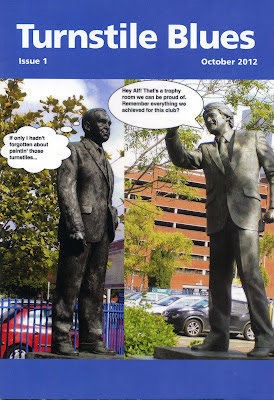 On the football front the downturn in the fortunes of Ipswich Town FC has seen moaning, despondency but also supporters getting together to have their voice heard, we even saw the return of the paper fanzine, mixing humour, protest and hope. I was privileged to be part (small part) of the team who produced ‘Turnstile Blues’ – it was a hit, sold out on the day and even forcing the club to get a policeman to warn a seller he could be arrested as selling the zine may be a breach of the peace! – Clegg must be worried.

Might want to alter your headline Alasdair - much as we might prefer it to be April, and with getting ready for elections in a months time it might seem like April, it is October...