In the week ahead, I will be visiting Sidegate Primary School plus attending a number of meetings with a Rushmere slant including meeting the members of Ransomes Sports Club.

Thursday will also see John Denham MP, visit Ipswich we now are officially a key target seat for Labour at the next General election, this may mean more support from Labour HQ but we have been determined since Ben Gummer won that we campaign hard to make sure that Labour regain Ipswich. I also believe that we should stand in every council seat in the south and the Southern taskforce has been assisting in this. The benefits of this campaign are already there to see with Labour winning seats in places that have hardly ever seen a Labour councillor elected and in places like Ipswich and Oxford we have seen us increase our majorities on councils that we run.

In Ipswich we have always believed we should help our friends in rural Suffolk, a noticeable difference between us and the Ipswich Tories who cannot seem even to work together in Ipswich. The ability to work together was one of the reasons we did so well in the Police and Crime Commissioners election (plus having the far better candidate) 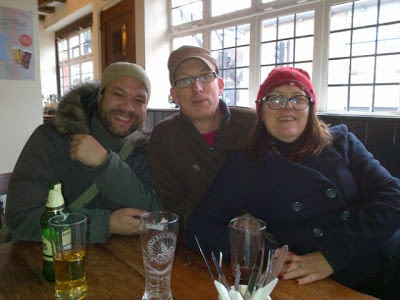 So expect to see Ipswich Labour activists not only campaigning all over Ipswich but in every corner of Suffolk- but just hope it does not get any colder and we have to wear hats every time we are door knocking.