Just get rid of the minions!

It was announced today that a further 70 civilian jobs are under threat as the Suffolk and Norfolk police forces continue to advance their plans over collaboration.

80 civilian staff have already been made redundant – but what about those at the top? Their jobs seem to be safe.

One policy issue the last Labour Government did get wrong was their failure to implement the changes to the Police Force in the UK that were proposed by the former Chief Constable for the RUC, Ronnie Flanagan. 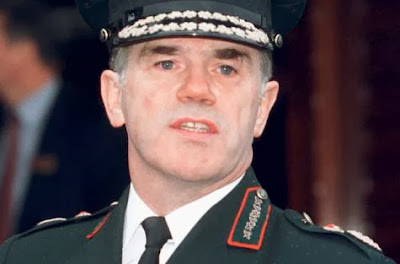 The police were against his proposals that would have seen the Suffolk Constabulary merge, who with was still to be decided. But the plan was scrapped and Suffolk, Norfolk, Cambridgeshire and Essex kept their separate identities.

A year into having a Police and Crime Commissioner in charge of Suffolk policing we see further evidence that Suffolk and Norfolk Constabularies are merging in all but name. The trouble is, civilian jobs are lost as the forces work closer together, we see more joint police teams but what we still have will be two Police and Crime Commissioners with two fully recruited teams plus two Chief Constables and numerous deputies.

So this is where real savings can be made, but we see a similar story in local government (and again our Suffolk PCC is involved) we saw a merger of the council staff and offices in Mid Suffolk and Babergh but we still see two fully elected sets of councillors, with a similar story about to happen on the East Coast of Suffolk.

Will that see an improved service for Suffolk residents? Possibly so and at less cost but today we also hear accusations that democracy is shrinking in Mid Suffolk so not all has gone right there.

Like Turkeys voting for Christmas, I can’t see the PCC’s, Chief Constable's or the Police Federation agreeing to the merger of the Suffolk and Norfolk Constabularies but when Labour get into power in 2015 and look at all the different sections of the constabularies that have already merged, we then need to ask why we still have so many at the top whilst many at the bottom are losing their jobs.