This week I have been out helping Labour colleagues collect signatures for 2 petitions - one is a petition showing support for Ed Miliband's campaign to get the energy firms to freeze their prices and the second petition has a more local appeal, as we gather signatures to help persuade the Tory run County Council to provide a toilet at the recently opened Old Cattle Market bus station in Ipswich. 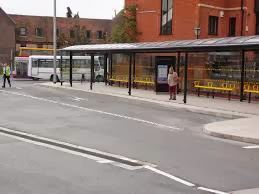 On Friday lunchtime, I joined a large group collecting signatures at the bus station, most passengers were very keen to sign and also to chat about other issues. When I was one side of the Old Cattle Market, I missed our Tory MP Ben Gummer who walked past and spoke to a number of our members. He seemed sympathetic with the idea of getting a toilet installed but would not sign our petition, he did suggest that passengers could use the facilities at the 'Plough' Public House. Even he probably thinks that only Usain Bolt could make the Buttermarket facilities in 90 seconds. Travel Ipswich did suggest that the Buttermarket was only 90 seconds away.

Our petition was signed by a member of staff from the pub, who said she had counted 64 people coming in to use the toilet in just a short period - with none purchasing a drink, so they are not that keen on their pub being used to cover up a lack of planning by the County Council. Maybe a suggestion for our MP is not to hold one of his 'Ben in the Pub' sessions at the Plough, as he may not be that popular then again it would be a good opportunity to meet residents as they traipse in and out after looking to use the toilet.

Seriously, would you expect a young family to have to walk in to a pub on a busy Friday night if they wished to find a toilet? Mr Gummer has tweeted since that he did not exactly say use the pub toilets, but I ma happy to print what he does think his actual suggestion was.

If Mr Gummer had spoken to the passengers at the bus station he would have found out that energy bills are a concern of many, and as Mr Gummer is now one of the few MP's who did not claim for his energy bill he will have seen the rise in the cost of heating ones home, and as many of those at the bus station come from rural Suffolk he will have heard that it is a very big issue in the country side, one resident from East Bergholt had to claim £979.68 in expenses to heat his home (actually his London flat!) - a certain Mr Yeo!

It was not just energy bills or the lack of toilets that passengers wanted to comment on - they also mentioned the lack of bins, a clock, no smoking signs. The drivers we also spoke to were concerned that the bus station was still a hazardous place to walk through as passengers and Ipswich residents still continued to walk behind the buses on what still seemed to be a 'Public Right of Way'.

The lack of bins and 'no smoking' does not leave me with any sense of confidence in the work the Travel Ipswich team and the County Council are carrying out. The lacks of bins in particular are helping make the place look very untidy and of course it is
Ipswich Borough Council that has to foot the bill for cleaning all the litter up that is left blowing round the area. 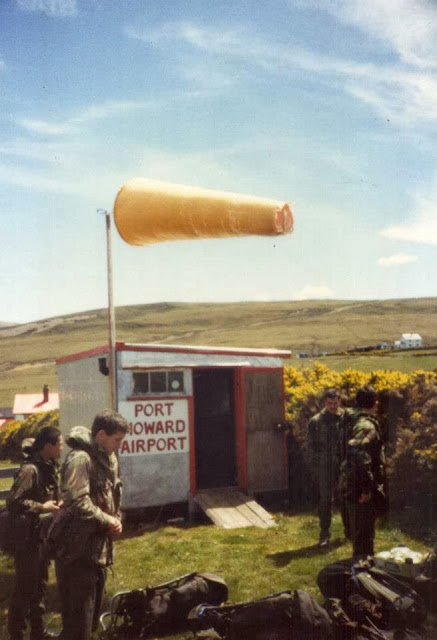 Even Port Howard Airport had a bin!

There have been improvements made to the bus station but the lack of bins and toilets and the 'real time' passenger information still not working does mean that most people will just see the whole development as a waste of money. I have a feeling that airport at Port Howard in the Falklands had better facilities than the Old Cattle Market Bus Station.

As noted on Ipswich Spy, why didn't IBC raise the issue when they were consulted.

As a Labour member, I have to say I'm rather embarrassed by these antics.

Ben Gummer may not claim for his heating bills, but he doesn't seem to spend much time at his nominal Ipswich home. Probably just standing charges...