Two weeks ago we were informed by the Tory Police and Crime Commissioner for Suffolk that over 60 front line police posts are to go in the county and this week at the North East Area Committee we found out how it would impact on our own Safer Neighbourhood team and it is not good news.

We are losing one front line policeman and that is on top of the local inspector holding two jobs, the continuing use of secondments from the SNT to other posts. The Tory Crime Commissioner promised to keep SNT’s in the town and some could say he has fulfilled that promise but we also found out on Thursday that on paper it may seem we keeping our North East SNT but in reality operationally they have been merged with the South East SNT.

Our SNT do a great job, in particular combating anti social behaviour in the area and more importantly participating in project that want to help keep our young residents away from crime. This job has now been made much harder by Tory cuts.

So much for them being the so called Party of ‘Law and order’ – no wonder the local Tory councillors kept their eyes focused on their committee papers when the police spoke about the cuts. Embarrassed? 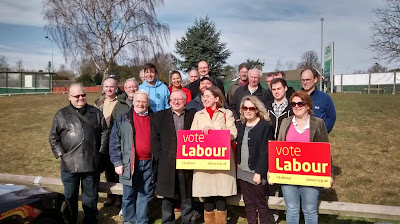 Last week was a great one for campaigning, but the Tories were also out in large numbers - Reputedly they spent most of their time looking for missing Ipswich Tory councillors! 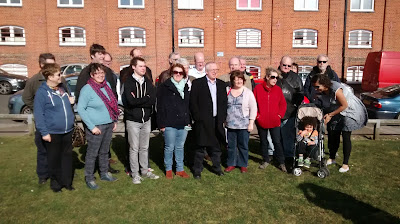