To help us all remember Aaron McClure

This week on the Whitehouse Estate in North West Ipswich, the Borough Council asked Lorraine McClure the mother of Aaron to join the Ipswich Mayor in breaking the first ground in McClure Way. 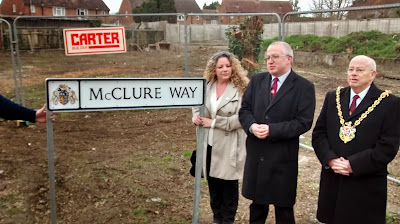 This is a small development that will see much needed council houses built in the west of the town. The Ipswich Labour party promised residents that we would build new council homes and we have kept that promise. 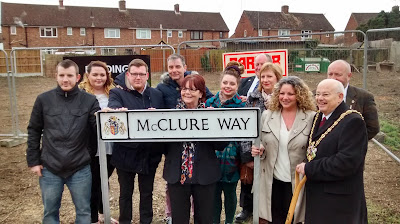 But what is so special about McClure Way is that it is named after a local Whitehouse boy, Aaron McClure who lost his life in Afghanistan whilst serving with our local regiment the Royal Anglians. 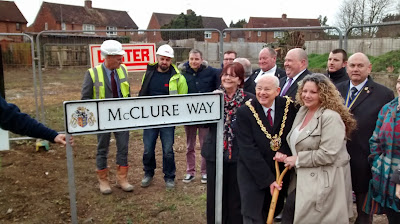 I was honoured to be able to help the council and the family join together to get a road named after 'our' own brave soldier from Ipswich. 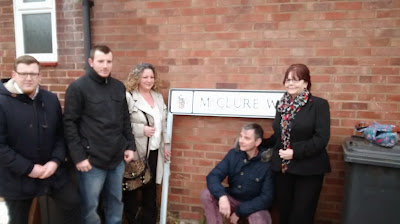 This will now be a permanent memorial to Aaron, one close to where he lived, it will help his family, his friends, his regiment and the people of Ipswich to remember this brave young man.
Posted by Alasdair Ross at 21:52