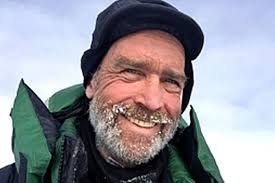 Even his funeral was different! A General telling us where to sit, not that we did what he told us - bright ties (then again many ignored the plea and wore the black, red and green) carnations in button holes.


The church was full- from ex Rifleman to serving Generals, retired Warrant Officers to 3 year subalterns but all there to remember a man we all respected.


Moving reading read by his daughter, poem by his son, extract from Ulysses by a friend then two addresses, one by a former General and the other by a fellow polar explorer. Both moving but also humorous.


We learnt all learnt something new about Henry - I never knew that whilst serving as a SAS Officer he taught embroidery at a London Prison! 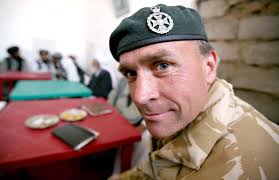 We will all miss you Henry- 'Stand easy' Boss.


A Sonnet for Sir Ernest (Shackleton)


Rest, Sir Ernest, rest beneath your star;
All striving done and "life's set prize" attained:
Not geographic goals, but greater far
The pinnacles of leadership you gained.
Rest, Sir Ernest, rest. God knows there's none
Deserves it more: The long Antarctic night
Now friend, not foe, with South's white warfare won
And crew from death's dark door led back to light.
How was it your endurance overcame
The daily struggle just to keep alive
Long past the point where death would bring no shame?
Half starved and frozen, how did you survive,
And how no man lost while in your care?
God knows. God knows it well. For he was there.