So we now know officially – the EU referendum will be held in June, and what a mess of the whole show Cameron and the Tories have made of this important event.

I am proud to be described as English (with a bit of Scottish blood), British and European! I will not only be voting to stay in the EU but also campaigning for our continuance as part of the EU.

But what a mess the Tories are making of this, I do not think we even needed a referendum but to stop Tories jumping to UKIP he had to promise a referendum, but then he let his Ministers back the ‘leave’ campaign – weak leadership.

Osborne and his economic recovery plan depends on migration – but we have Tory Minsters demanding our borders are shut- so they do not believe in the Osborne plan?

Where is the ‘leave’ alternative to the Common Agricultural Policy?

The ‘Leave’ group want to get rid of ‘Health and Safety’ rules in the workplace! Do you think this will make you or your family safer. 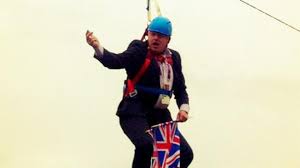 Then we have to ask why some Tory Ministers are willing to campaign against their own Prime Minister? Leadership aspirations? The classic example is Boris Johnson – allegedly yet to decide, but will announce (probably to say that he will campaign to leave) in his weekly paper column! So Cameron attempting to silence him by giving him a place in the Cabinet has failed – so Cameron today has resorted to trying to embarrass Boris (not hard) by asking how can he campaign alongside other Political nutters- Farage and Galloway?

So  within 24 hours we have seen the Tories split and finding it hard to pretend that they are still friends – we may see a similar fall out in Ipswich with Ben Gummer pro EU but prominent (and not so prominent) local Tories like Nadia Cenci and Kevin Algar so anti the EU. But their own views seem to be based on just one topic- closing the borders, stopping immigration – as if leaving the EU will suddenly see the closure of the ‘jungle’ in Calais! Small minded, ‘little Englander’ views.

What about Labour? I am proud that we are campaigning to say in Europe, and was pleased to hear the pro EU speech from Jeremy Corbyn (that he made in Wales, yesterday). I wish he had been to see more pro EU in the past so glad he now is backing the ‘Stronger In’ campaign.

One does wonder that if he was not leader that it may have been Jeremy or Diane Abbott who had been lobbied to join Galloway and Farage and other Far Right Tories in the ‘Leave’ camp. Very pleased to see that Corbyn has shown real leadership on this subject.

Over the next few months, we must still hold the Tories to account over the NHS and education but we also must campaign hard to stay in Europe but run our own campaign’ a Labour campaign – but that Labour campaign may get Cameron out of mess (of his own making) as he has allowed his Ministers to act in a selfish way rather than doing what is best for the country.
Posted by Alasdair Ross at 11:47