Ipswich Tories, at war with each other?

Actually I don’t think they are – it seems they are very united – they all want to leave the EU – Who stated this~? No other than their Party Chair, Cllr Liz Harsant – the Guardian newspaper even put it on their front page – Liz was quoted as telling the paper, said of the Ipswich Conservative Association: “They are all for out at the moment. Our MP [Conservative Ben Gummer] is in favour of staying but frankly we all want to leave.” 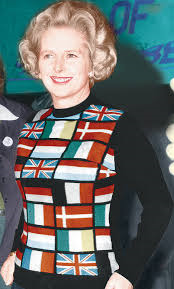 So that seems very united and with such a small membership and looking at the tweets and blogs of their council group leader, Nadia Cenci and Tory activist and candidate Kevin Algar you can see a real hatred of everything the EU stands for. Their tweets and blog posts do read like the traditional views of ‘little Englanders’ in most cases it seems their one real concern is ‘open border’s and that they have some belief that if we leave the EU, we will suddenly stop being a destination for those seeking to make a better life for themselves and their families.


They often do mention that there is too much ‘red tape’ because of the EU but what the Tories want is return to the time where there was little legislation to protect both workers and the general public.


Today it has been announced that the owners of Alton Towers will be prosecuted after the horrific accident involving their roller coaster, this is the sort of legal action that we would not see if the Tories had their way – children back working in factories or climbing inside chimneys could be seen as new job creation schemes!


So why can we claim the Ipswich Tories are at war   when it seems they are united in their desire to leave the EU and their opposition to what their own MP thinks?


It is because their Tory association, through its twitter feed seems keen to say their Chair Liz Harsant is either wrong or has been miss-quoted by the Guardian they seem very keen to tell anyone that will listen that do not know the views of all their members and they will just have a friendly debate and still call each other friends at the end of it. Or has pressure come down from Tory Party HQ that local associations should remain neutral when it is obvious to most that in places like Ipswich the (very large) majority are for us leaving Europe as soon as we can?


Here in the Labour Party there are some who wish to leave Europe, I for one wish our national leader, Mr Corbyn was taking a more leading role in the ‘Stronger In’ campaign but here in Ipswich it seems the large majority of members wish to remain in the EU. So maybe Mr Gummer will be out campaigning with us on the doorsteps in Ipswich when he makes one his fleeting visits back to his constituency? 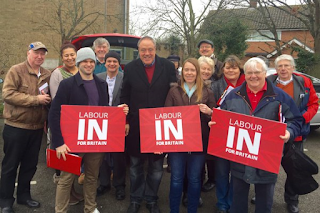 He would be most welcome to join us, because for all the waffle from the local Tory association it is quite obvious that if he wants to go out campaigning for us to stay in Europe the only Tories he could go out with live outside the Borough- his fellow Suffolk Tory MPs and the Tory County leader – now that would be an interesting canvass team!


Now some of the Tories seem annoyed to be described as ‘little Englanders’ by me so wonder what they think of comments by Gummer who declares that maybe by wanting to leave the EU they are being unpatriotic? A recent tweet by Mr Gummer declared; "The patriotic choice is for Britain as a leading nation in the world's largest trade bloc. We are stronger in."


For once I agree with something Mr Gummer has said!
Posted by Alasdair Ross at 12:27