A couple of weeks ago I found myself writing a blog after reading an Ipswich Tory leaflet. The blog post can be found here.

The leaflet was certainly not factual but it was their comments on house building that really angered me, the Tories wrote;

“House building in Ipswich has stalled and more needs to be done. Ipswich needs family homes yet this council is failing to provide them. We would make building quality family homes – and the infrastructure accompanying them – one of our top priorities.”

My post highlighted the fact that it was Ben Gummer, Nadia Cenci and both the local Tory Councilors (and  Lib Dems) and the Tory  County Council who were putting obstacles in the way of us getting more homes built in Ipswich.

Then this week I was given even more proof that it is the Ipswich Tories who do not want to see homes built. I received a copy of the Tory leaflet for Priory Heath Ward and it included the same paragraph blaming Ipswich Labour for stalling house building but then in a classic piece of Tory hypocrisy the  Tory candidate  takes credit (!!!) for stopping Labour run Ipswich Council of building homes on Ravenswood (on land that is already designated for home building) 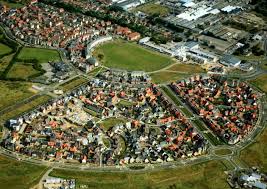 So we now even have a Tory candidate admitting it is not Ipswich Labour that has caused home building in Ipswich to become stalled but it was the Tories - including himself!
Posted by Alasdair Ross at 18:23