First Labour posters up- gives you a boost! 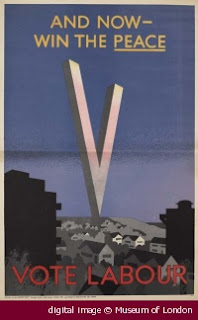 Though John Mowles once told me that "posters don't win you elections" it still gives you a boost when you see a Labour poster in a window and today on the estate, I saw my first three Labour posters of the campaign.
Friday morning saw the delivery of 3,000 more leaflets which then saw me spend the rest of the morning starting on delivering. Afternoon was spent getting out leaflets to members, for delivery later in the week.
Friday evening saw 10 of us on Rushmere estate, a number delivering whilst a group of us canvassed, Renfrew Road and the neighbouring roads. We also had a large team out with candidate Albert Grant in Alexandra. Just a quick beer at the end of the night as an early morning start today with some more leaflets to get out before joining the rest of the campaign team in the south east of Ipswich.
Posted by Alasdair Ross at 06:52