The Olympics are almost over, I have been fortunate enough to witness some of the live events and the rest of the time has seen me either glued to the TV or the radio.

Our success has put Cameron and the Tories in a difficult position, even today Cameron has been making bold statements but two people have been noticeable by their absence- Osborne (who will have to fund it) and Michael Gove - the Education Minister (same holiday as schools?) who seems keen to stop compulsory PE Lessons. Then we have Cameron saying that all primary schools will have to play competitive sport but forgetting to mention that the Tory flagship Free Schools will not have to ! 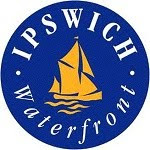 The feel-good factor has been fantastic over the last two weeks and we want to keep that glow we have all gained - a good way will be to get along to the Ipswich Maritime Festival - brilliant last year and expected to be even better this time. I will certainly be visiting - and not just the beer festival!