This is the time of the year where we tend not to have many meetings but it does give us the opportunity to get out and talk to residents. This week we have also been daytime campaigning, which has been a success - Ipswich Tories commented that it was not with doing it for them as all their voters work!

We have been campaigning for Jane Basham as she seeks to be elected as the Police & Crime Commissioner for Suffolk. Not many residents were impressed that the Tories have chosen a farmer - residents worried that those of us in Ipswich will be treated as second class citizens when it comes to policing, as like Suffolk County Council we will get a rural bias.

Today we had the good news that in September we will see Bradley Wiggins - Gold medal winner, Paul Weller and Gordon Brown fan - entering the Tour of Britain race that will start in Ipswich, I am sure we will get a massive crowd at the waterfront to see the start of the race. Hopefully something similar to the attendance we have had this weekend for the second Ipswich Maritime Festival. I we nt toady and there was a real buzz amongst the crowd - I would like to say a big thanks not only to the residents who attended the event but the Ipswich Borough staff who worked so hard, the Events team, security, Fire Marshalls, and street cleaners - you did a great job. 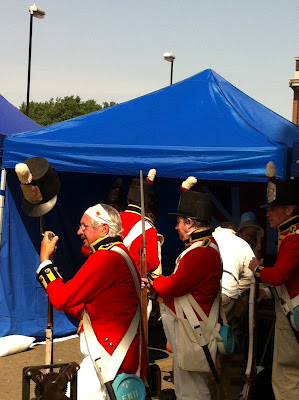 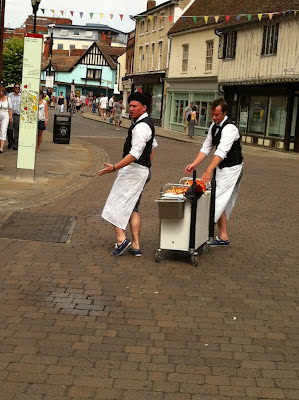